This low-carb zucchini pizza crust contains just five simple vegan ingredients with no flour, oats, cheese, or egg! Instead, this delicious keto pizza crust relies on a simple zucchini base with a fraction of the fat and calories. Just 2.6 g net carbs per slice! 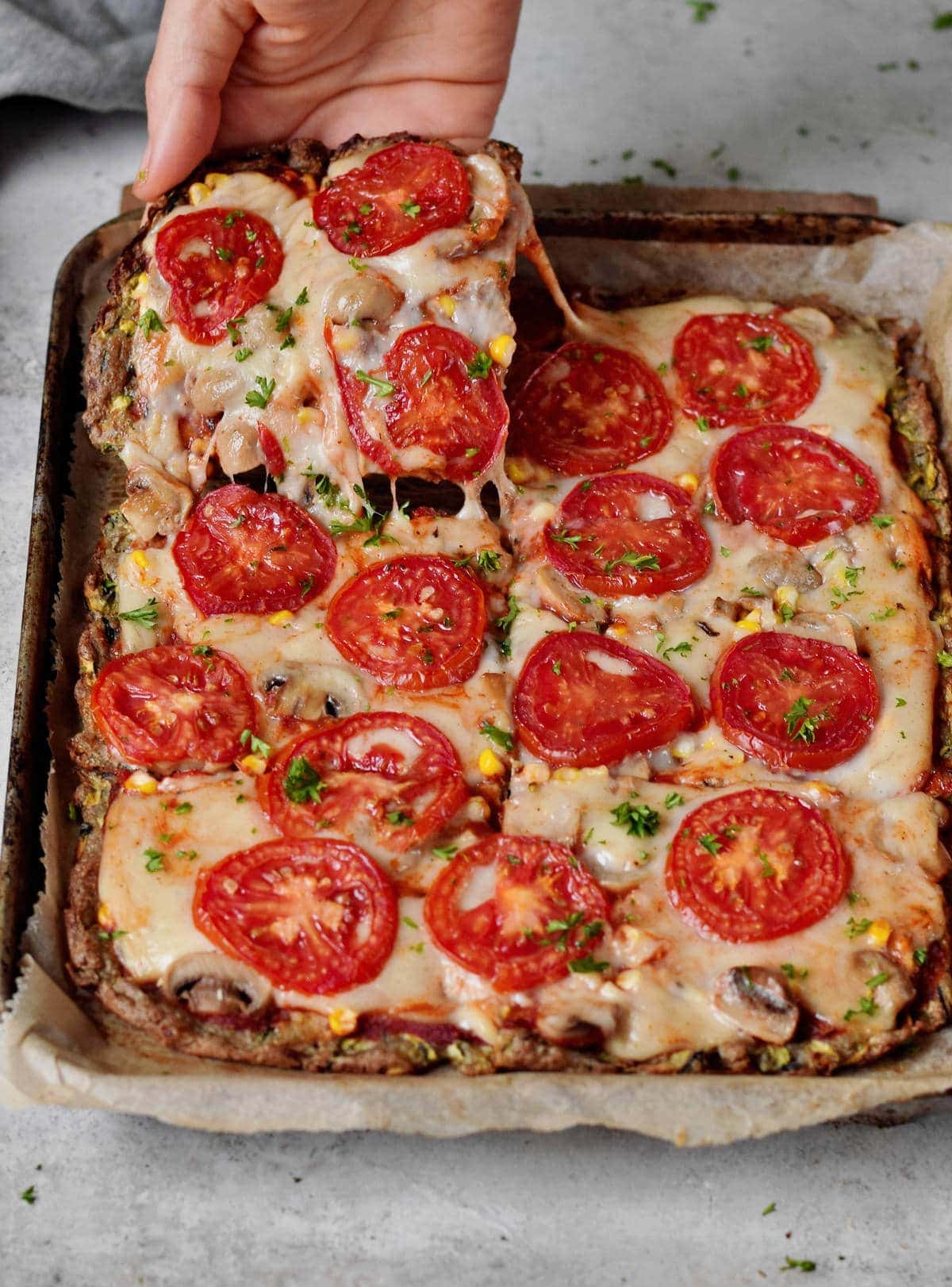 The recipe is not only gluten-free, but it’s also completely flour-free and cheese-free, and instead uses either nuts or seeds for a delicious keto pizza crust. Lots of the low-carb pizza crust recipes I’ve seen rely on cheese as a binding ingredient. While they might be tasty, they contain a lot of extra fat and calories.

This healthy pizza crust is basically 90% wholesome zucchini and nuts/seeds- and yet still tastes amazing, especially when topped with marinara sauce, a little vegan cheese, and your toppings of choice!

Best of all, it takes just minutes to prepare with no ‘resting’ before baking. You can then experiment with other simple keto recipes like these keto crackers or keto almond flour tortillas! 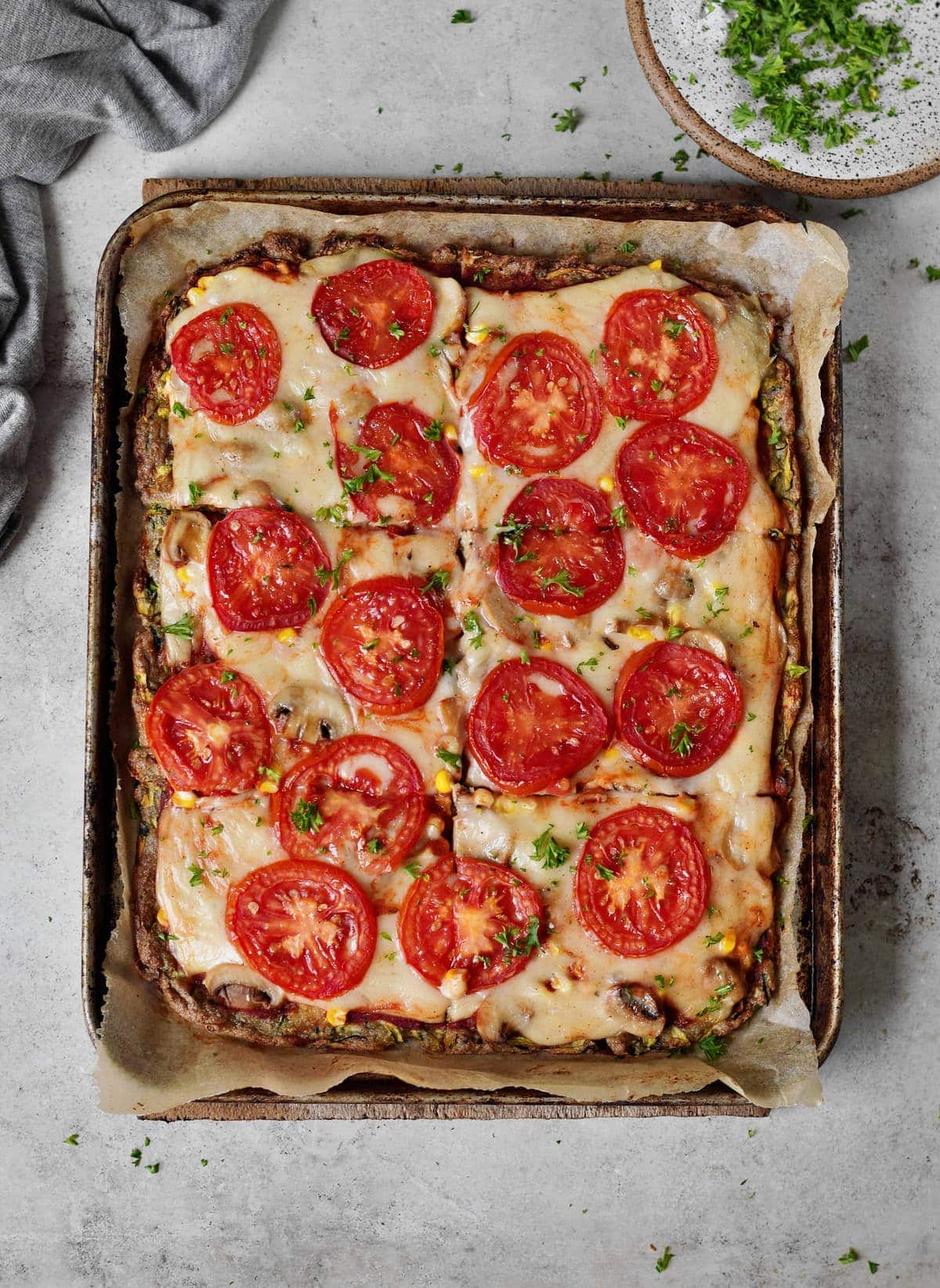 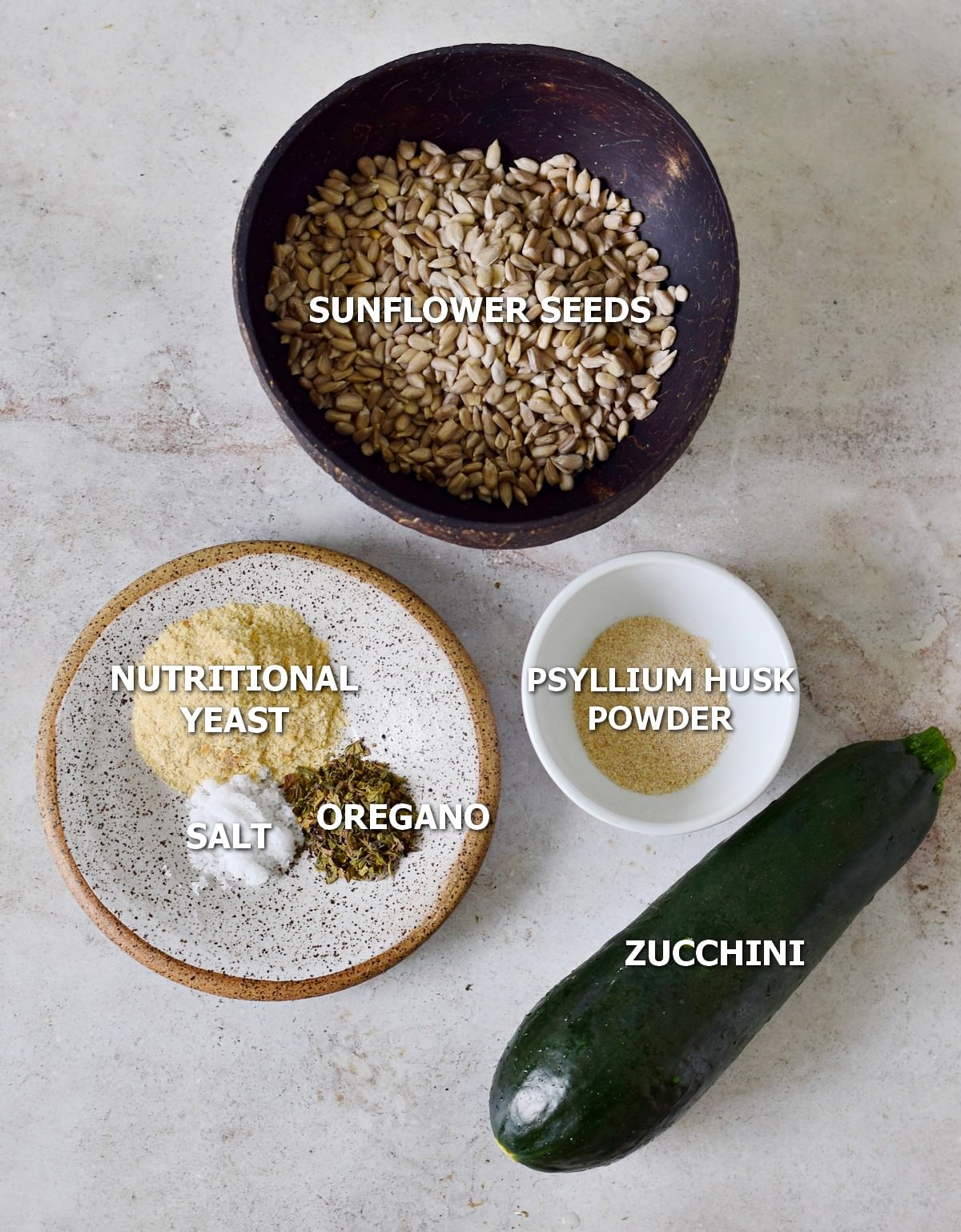 How To Make A Zucchini Pizza Crust

Please read the recipe card below for the full ingredients list, ingredient measurements, and nutritional information.

My zucchini weighed 230g before squeezing and 170g after. 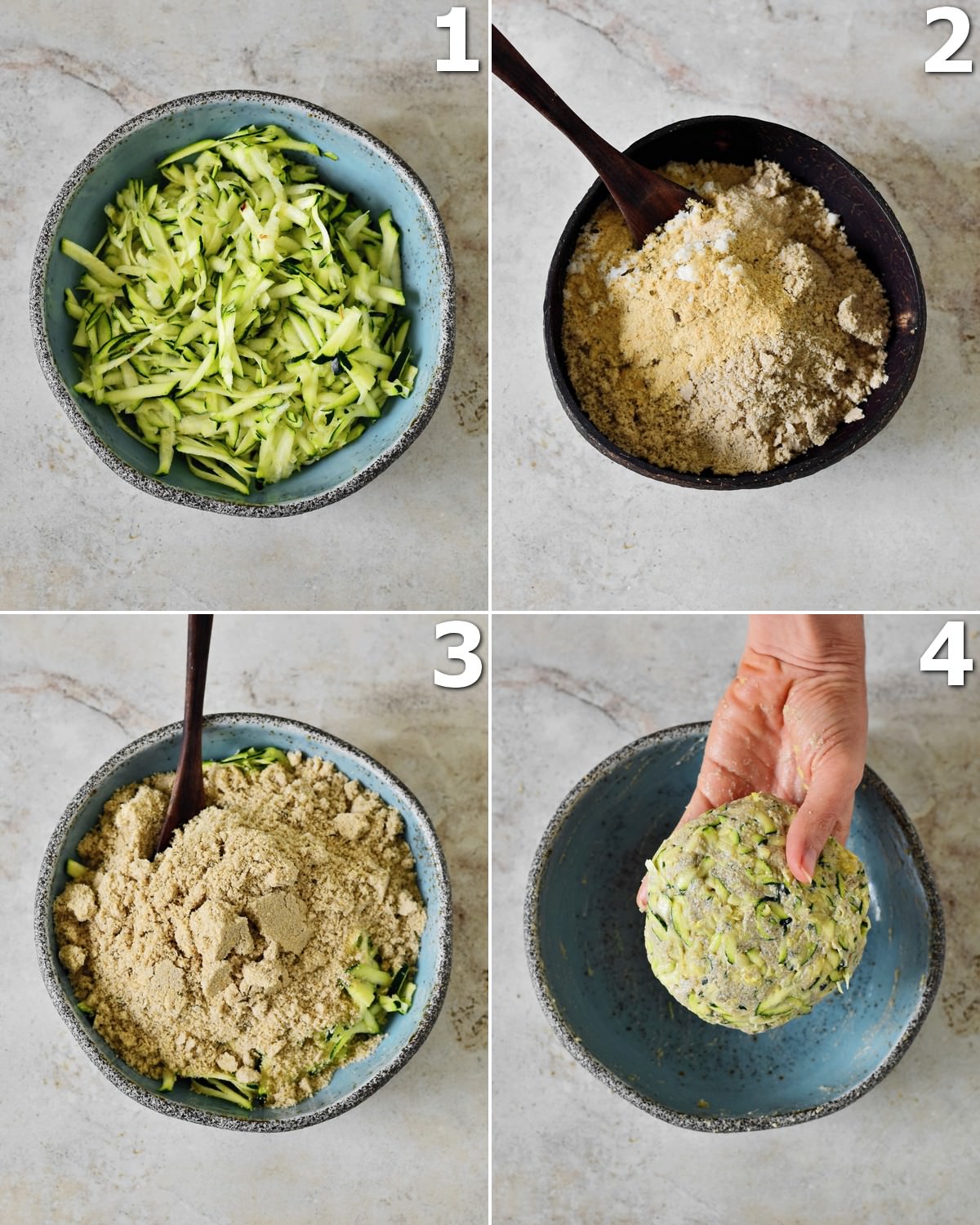 You can shape it any way you like; round, square, rectangle, or even mini pizzas rather than one larger one. 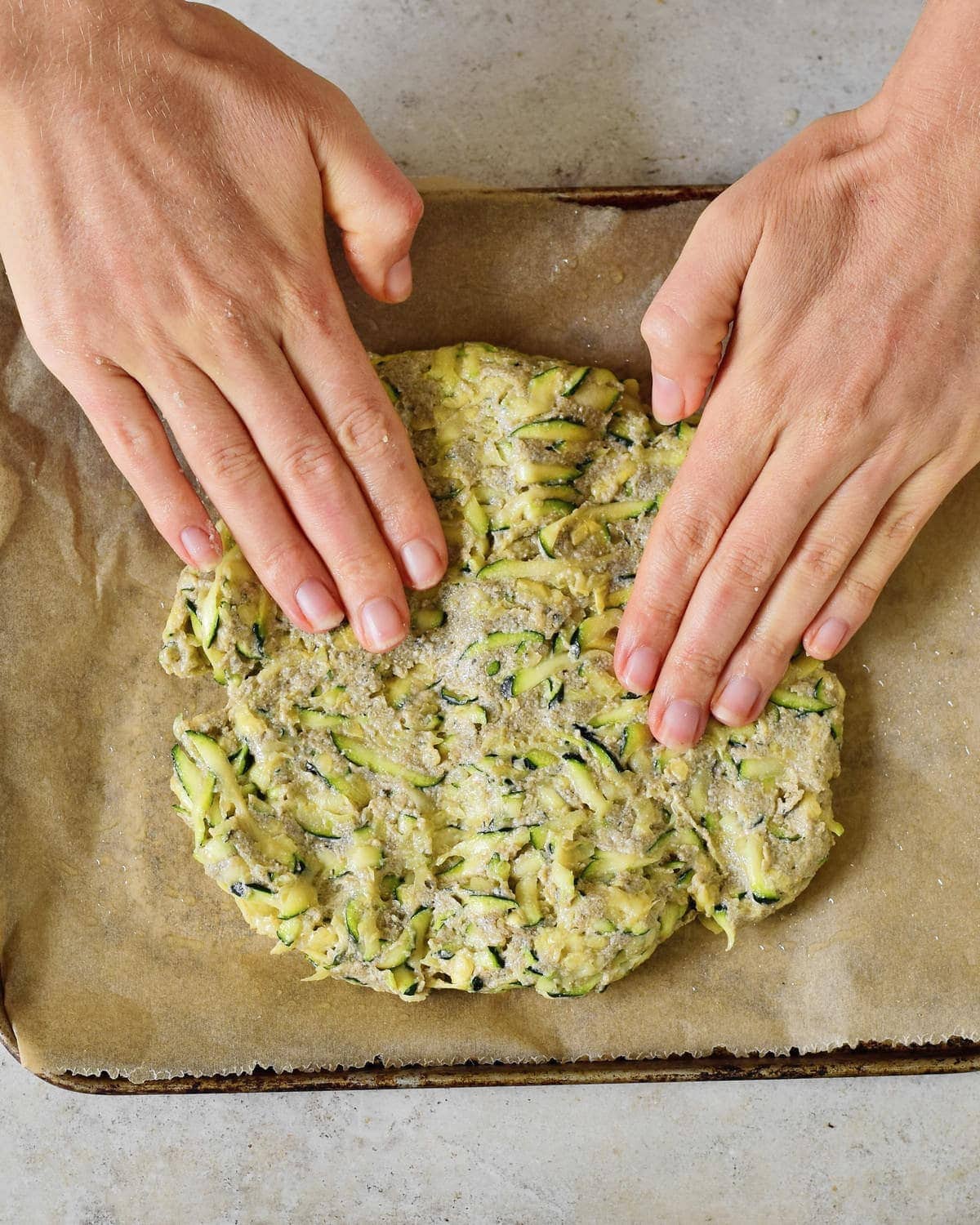 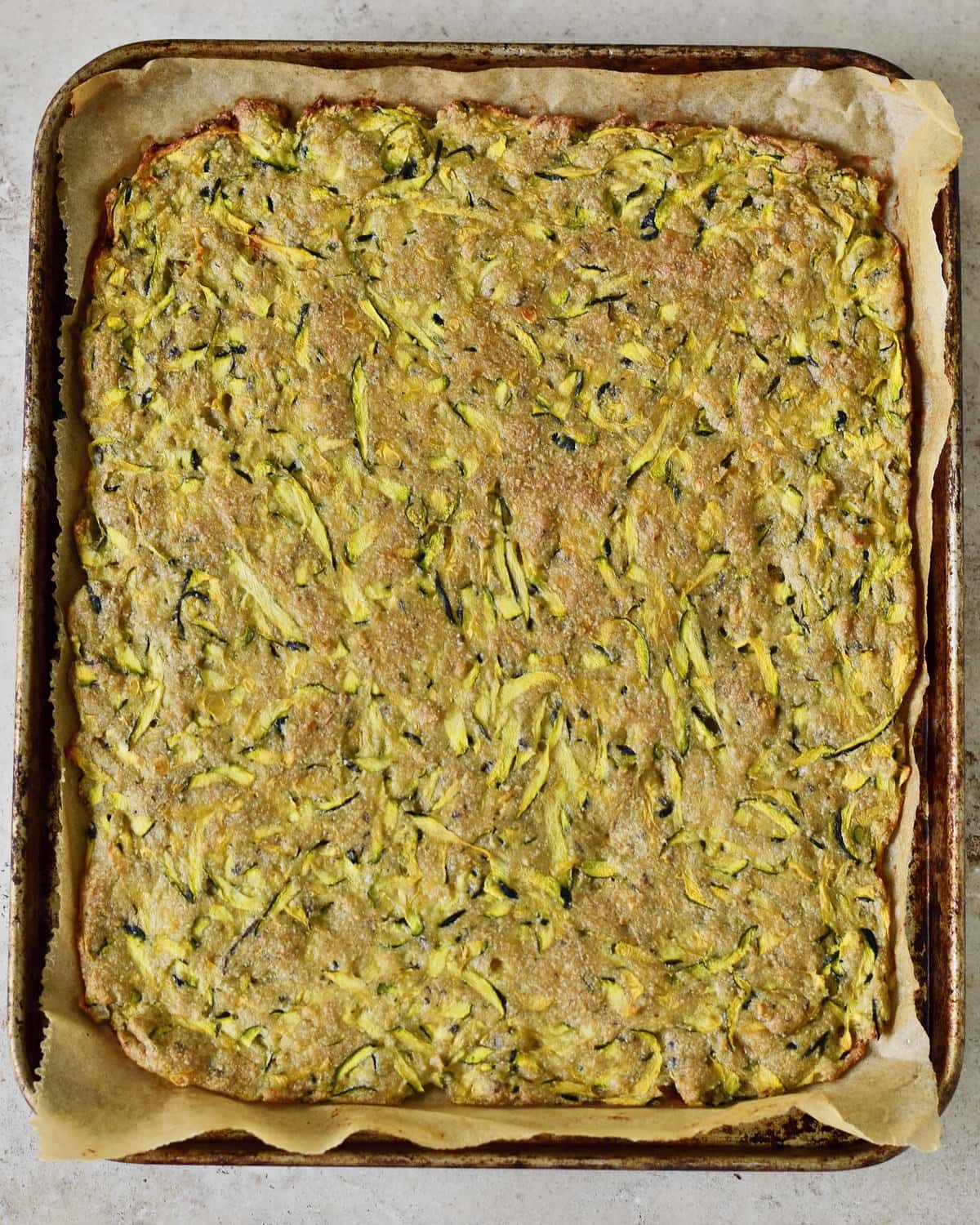 Step 4: Prepare the toppings and bake once more 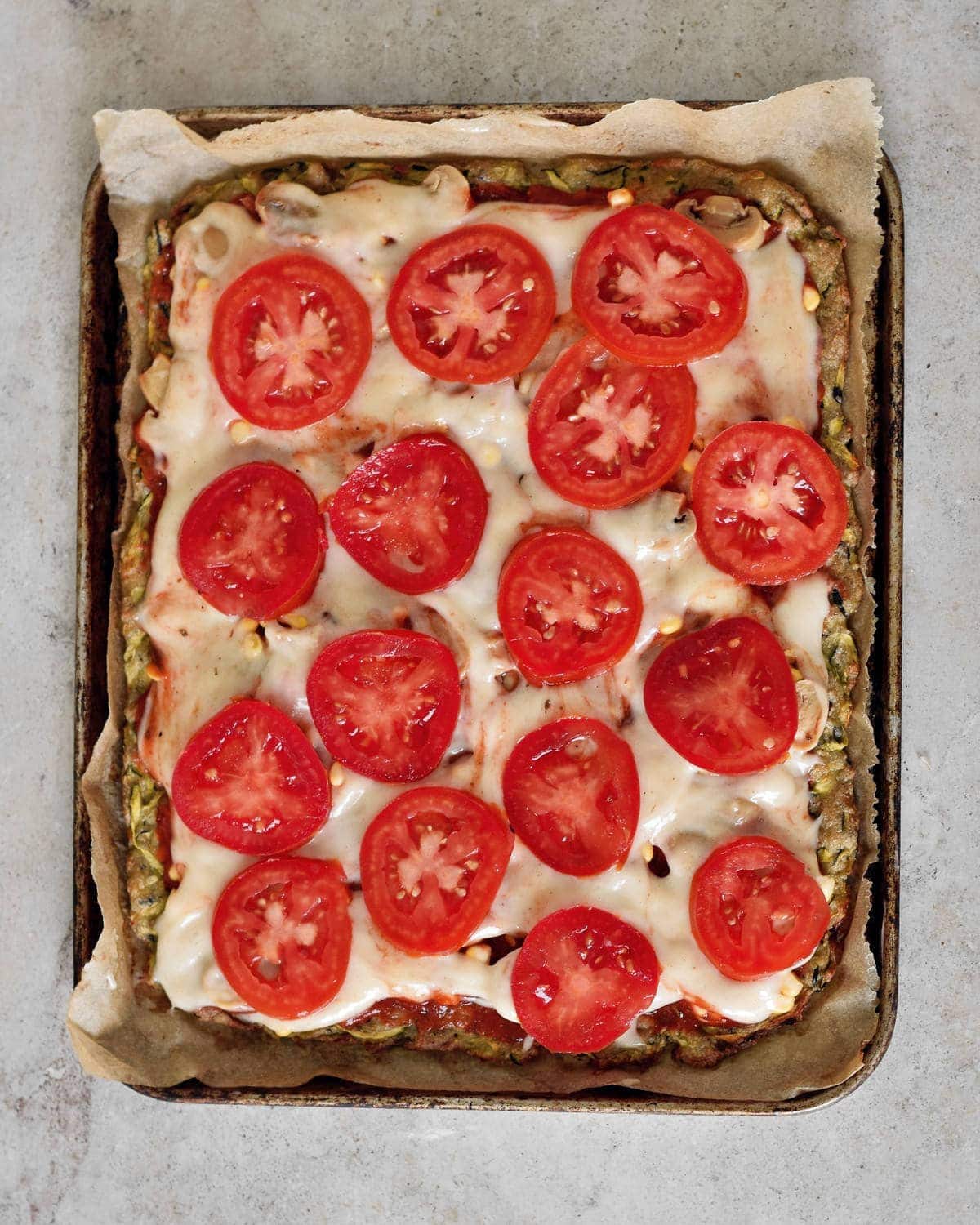 How To Make Ahead and Store?

Make-Ahead: You can prepare this zucchini pizza crust ahead by preparing and baking the crust. Then, allow the crust to cool entirely and, rather than adding toppings, wrap it up tightly in plastic wrap or foil and freeze for between 1-2 months.

If you’ve made several ‘personal size’ pizzas, you can freeze them with layers of parchment/wax paper in-between, so they don’t stick. You can then cook the pizza from frozen, adding your sauce and toppings, and bake in the oven for 15-20 minutes at 375F/190C.

Alternatively, you can also prepare the unbaked crust up to a day in advance and refrigerate it, covered, until you’re ready to bake it.

Store: Once fully baked with toppings, I recommend eating the pizza immediately for the best results. However, any leftovers can be stored in an airtight container for 1-2 days. Reheat in the oven or microwave (will be soggier) until hot. 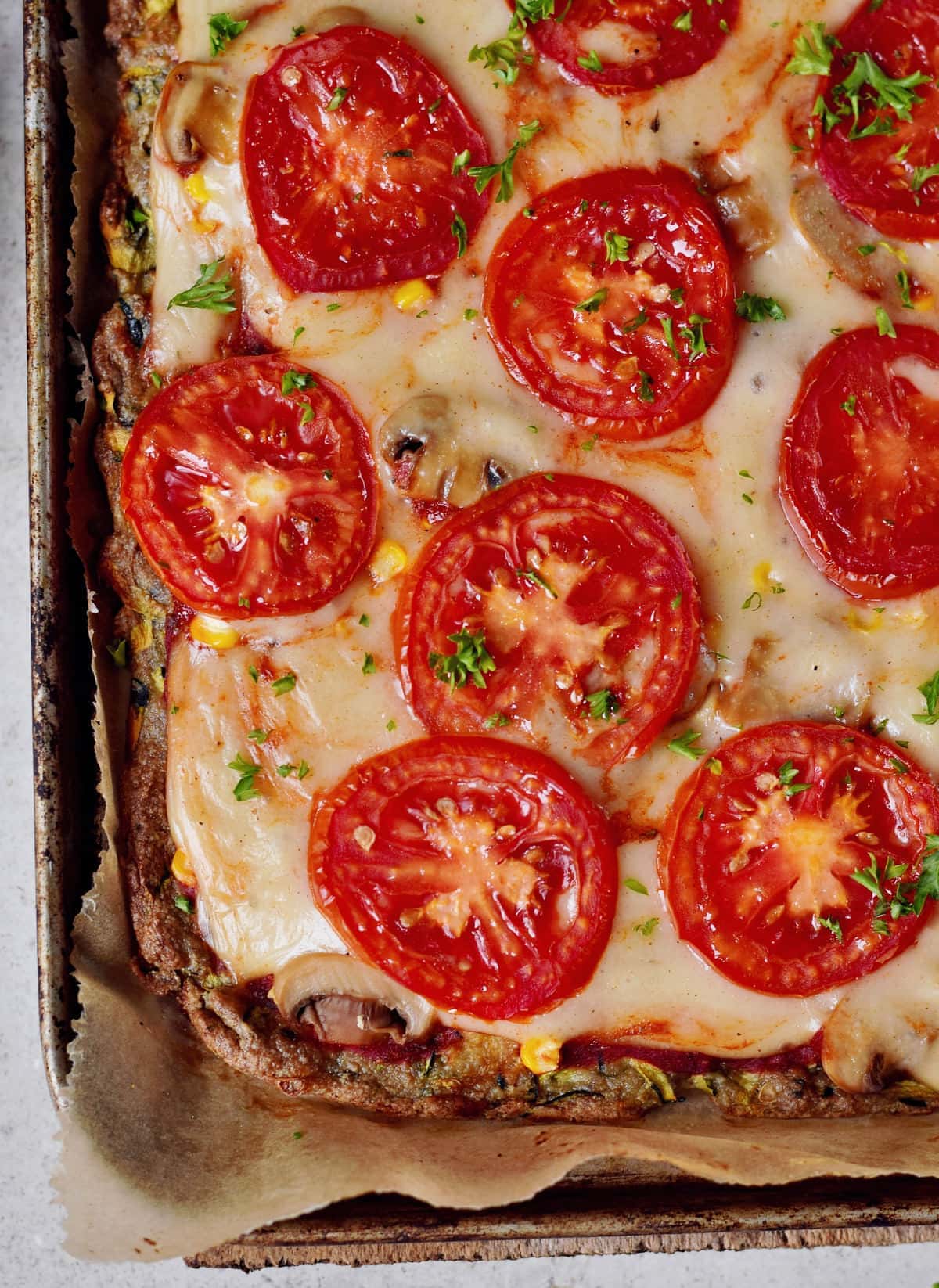 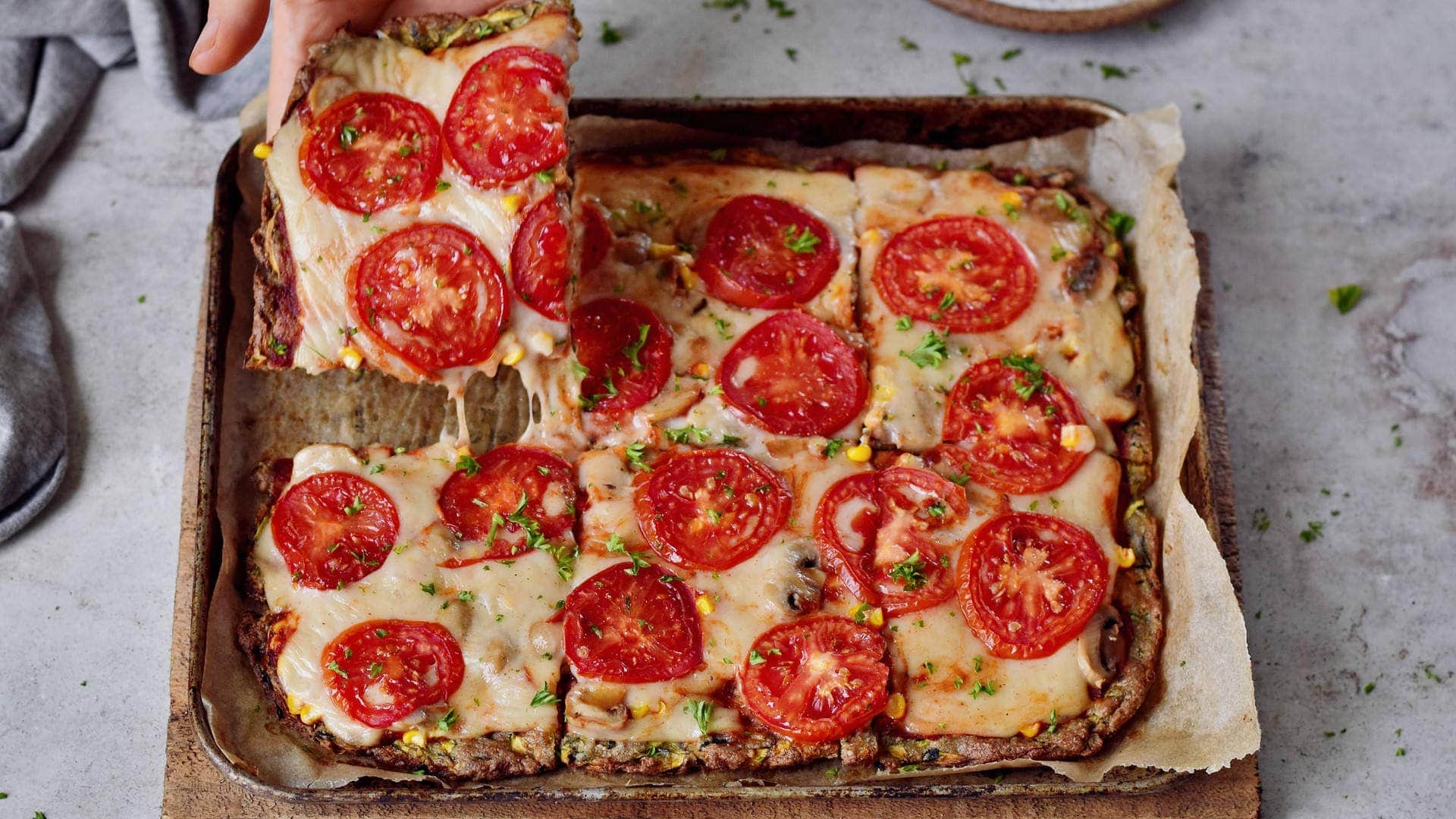 If you give this low-carb zucchini pizza crust recipe a try, I’d love a comment and ★★★★★ recipe rating below. Also, don’t forget to tag me in re-creations on Instagram or Facebook with @elavegan and #elavegan – I love seeing your recreations. 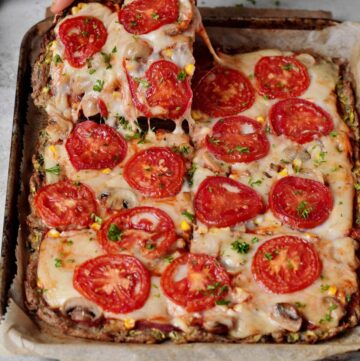