These vegan brownies will change your mind about trying a healthier brownie option. This is a super moist and soft dessert with a secret ingredient and plenty of chocolaty goodness involved. These healthy brownies will satisfy any hankering or craving that your sweet tooth is begging for. 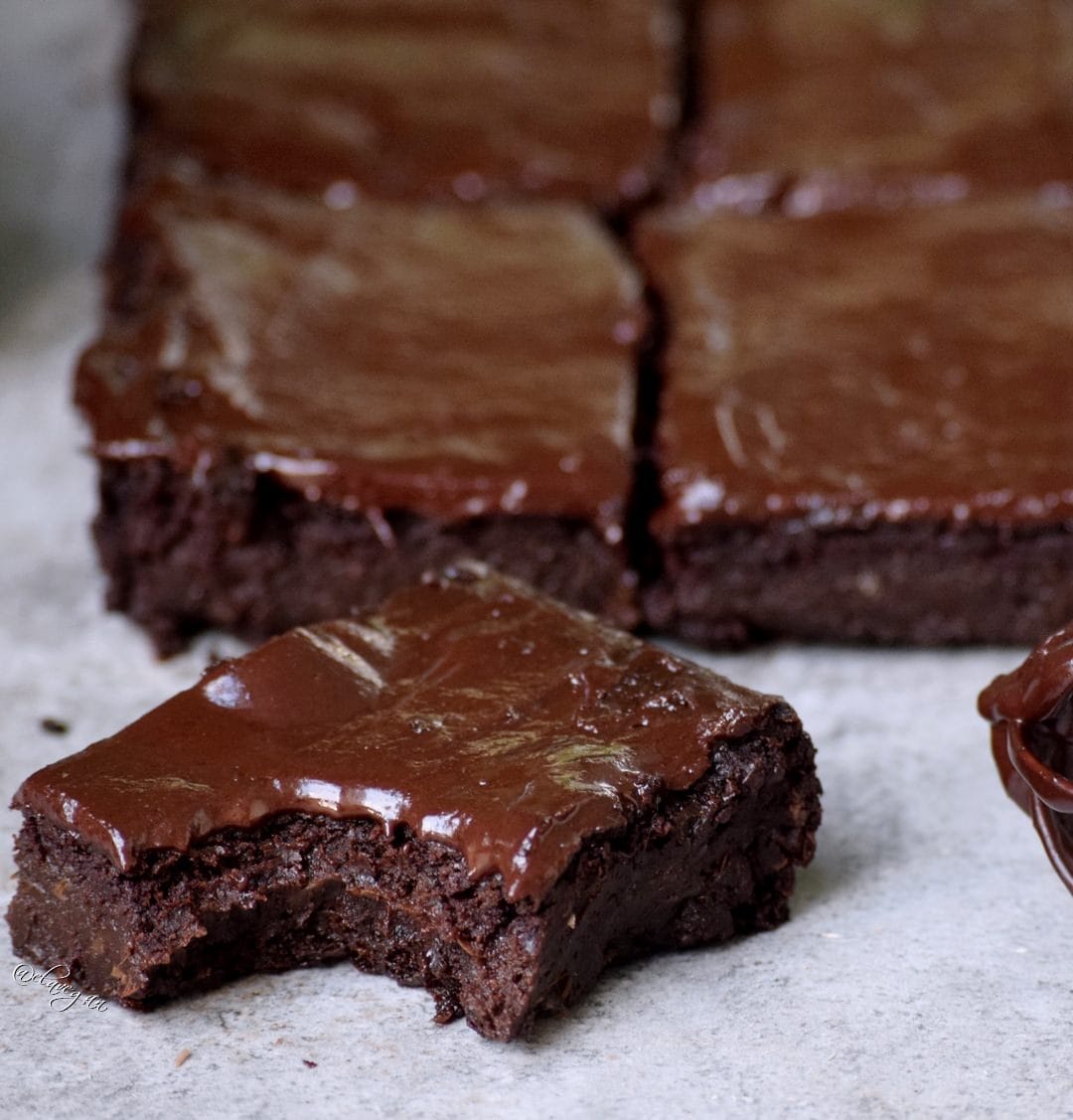 I love to focus on eating vegan and healthy when it comes to any recipe, including desserts, like these eggless Zucchini Brownies, these Sweet Potato Brownies, or these No-Bake Brownies. I haven’t found a recipe yet that couldn’t easily be made vegan and still taste just as delicious as the traditional version.

This time, when I set out to make a coconut flour brownie that tasted like the traditional fudgy brownies, I thought I had my hands full. However, it turned out to be easier than I expected.

I know, I know, you’ve probably been burned in the past with someone claiming they had fudgy vegan brownies without eggs. However, I’m serious about these being the best healthy brownies that I made so far. I am not one to sacrifice on taste when it comes to my food and I’m definitely picky when it comes to texture as well. So, believe me, when I say, these dairy-free brownies won’t be a disappointment to your taste buds.

Thousands of people on Instagram and Pinterest are raving about these vegan gluten free brownies, and I hope you’ll also give them a try. 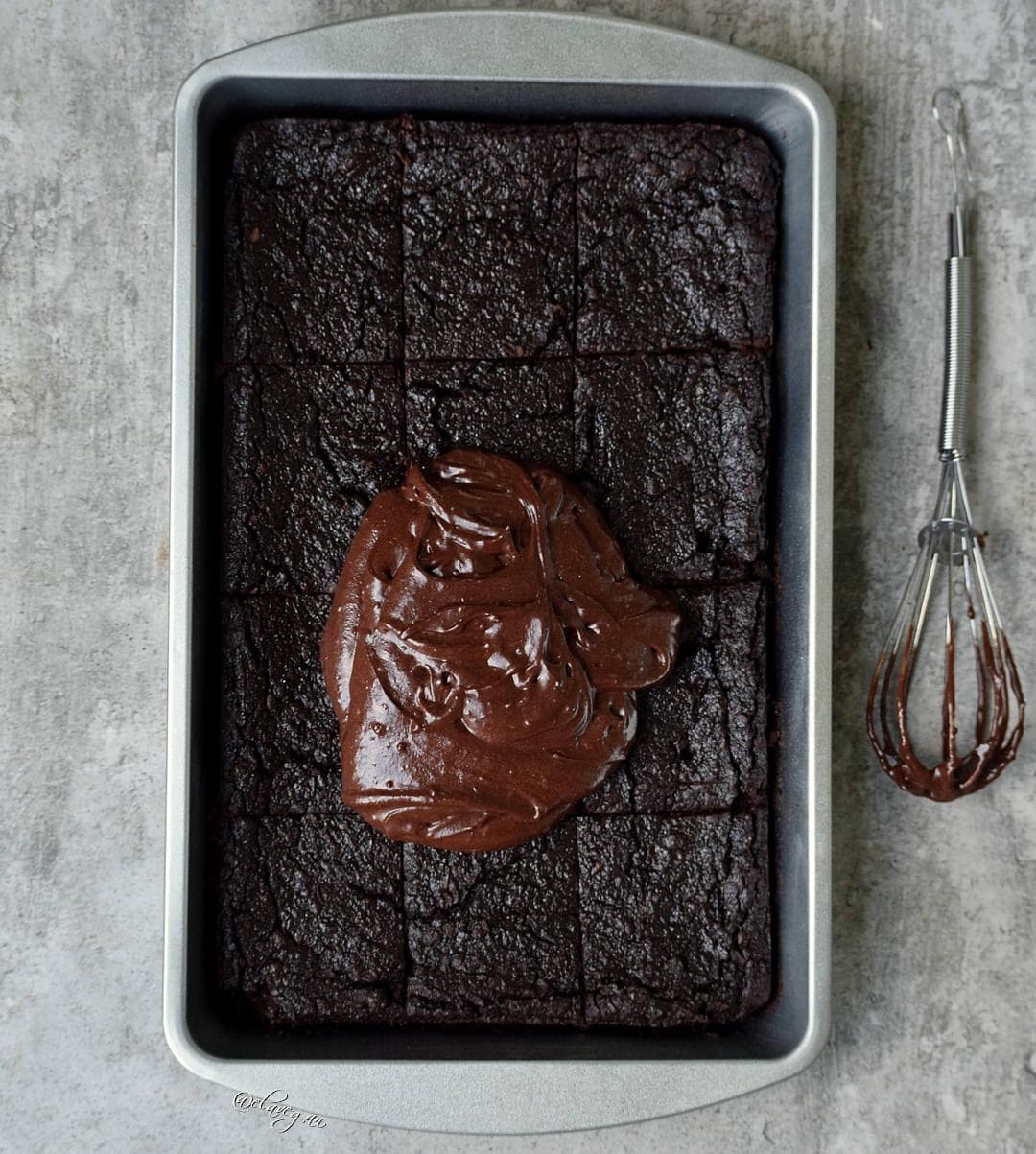 As mentioned before, these vegan brownies contain a healthy secret ingredient. This secret ingredient won’t be very secret anymore as I will reveal it in a second, but I am sure you will never guess what it is. Most people might think I added black beans, but nope.

The secret main ingredient is peas! Yes, sweet peas, not sweet potatoes. You might ask why sweet peas – is this lady crazy or what?!

Well to be totally honest with you, I was going to make black bean brownies one day but noticed that I didn’t have black beans in my pantry, so I grabbed the peas and made sweet pea brownies.

Also, since I like to experiment in the kitchen, I thought, “ok let’s try it out, either this vegan brownie recipe will turn out into the best ever vegan brownies or the worst ones I ever made”, haha.

And I really don’t regret trying it out since the recipe turned out to be absolutely epic. The brownies are even more chocolaty than these Cheesecake Brownies. 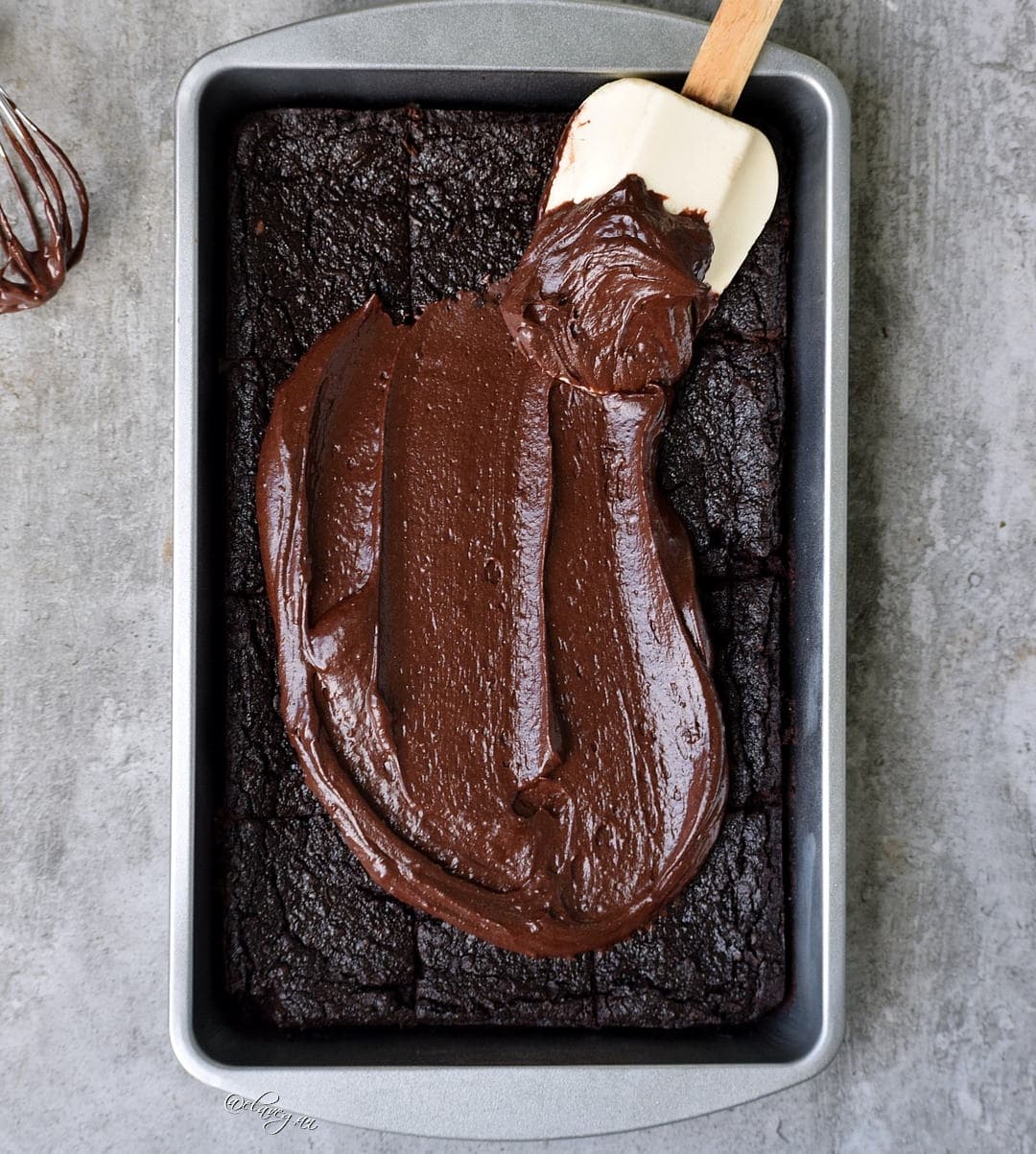 How To Make Vegan Brownies?

Seriously, these healthy brownies are so easy and fast to make in 6 simple steps and require only a few ingredients. 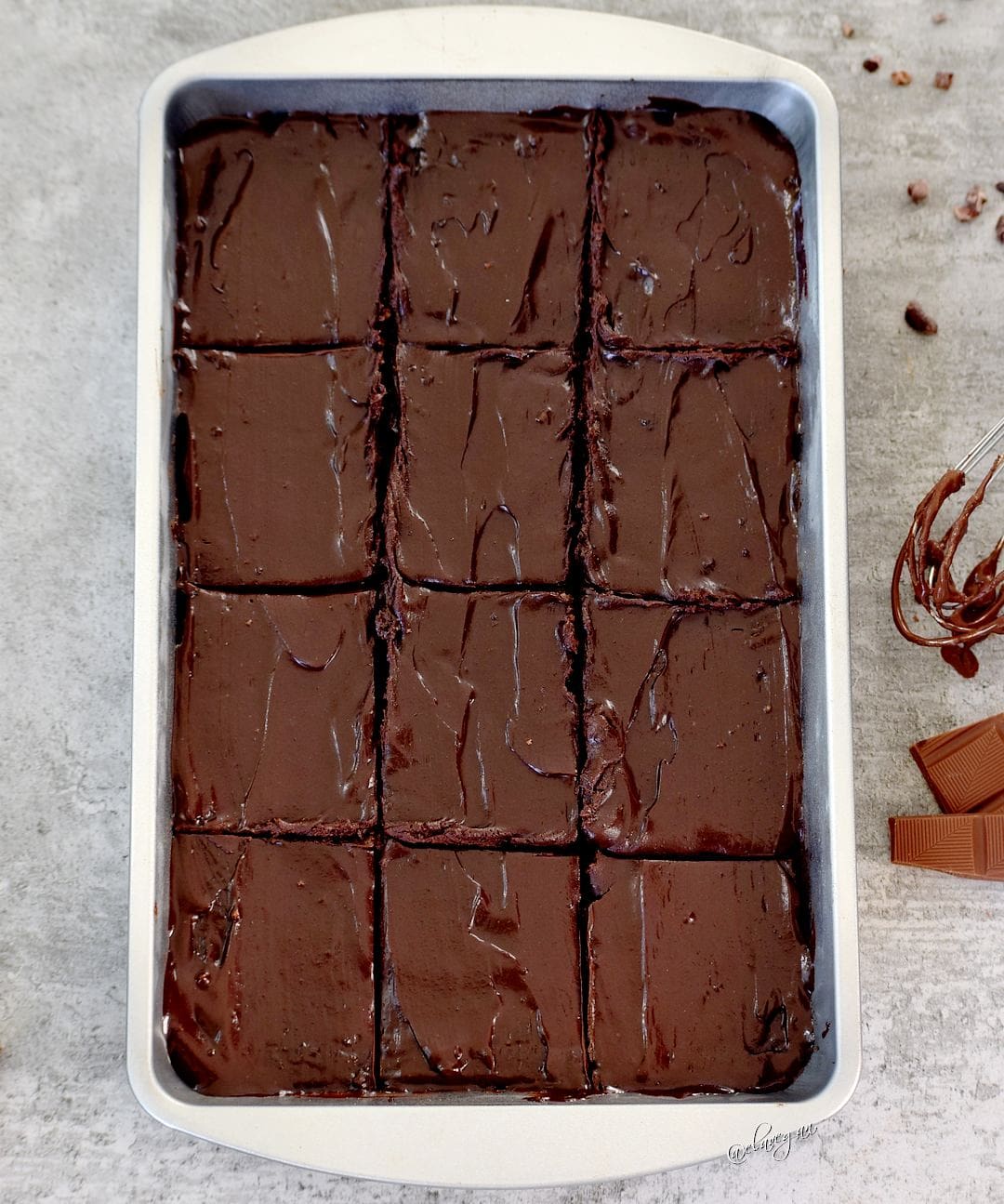 Well, these chocolate squares are already very chocolaty, but you can never have enough chocolate in your life, right? That’s why I topped these delicious fudgy brownies with a creamy chocolate spread which tastes like buttercream!

I made it with powdered peanut butter, cocoa powder, coconut oil, maple syrup, and water. It’s the vegan creme de la creme on top of these healthy brownies. 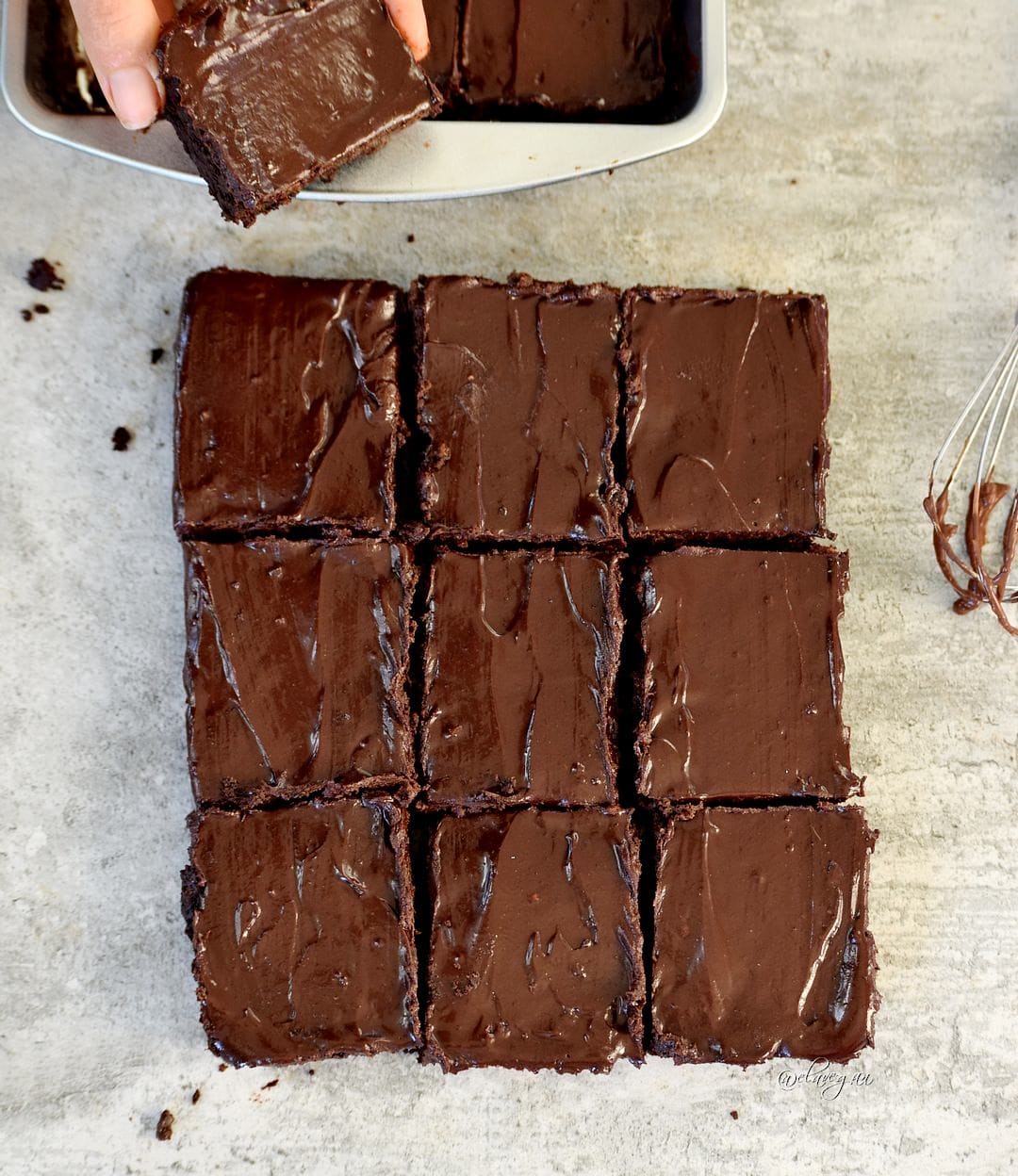 How To Store Brownies

Storing brownies is pretty straight forward. You’ve got a few options so you’re not limited. Also, they taste even better on day 2! Below are a few ways you can store these low calorie brownies.

On the counter – As long as your brownies are in an airtight container, they will do just fine either on the counter, in the pantry, or just in a cool, dark, place for a few days. If they’re somewhere too hot, condensation will build up and cause moisture, making them mold quicker. Therefore, I recommend storing them in the refrigerator.

In the fridge – If you want your brownies to keep a little longer, you can store them in an airtight container in the fridge. You may want to pull them out a few minutes before consuming, so they will be closer to room temp and easier to eat.

Can you freeze brownies? – You bet you can! It’s important that the brownies are in an airtight container when placed in the freezer. It’s also a great idea to separate them by wax paper, so they don’t freeze together. Let them come to room temperature on their own if possible – they have a better outcome going this route. 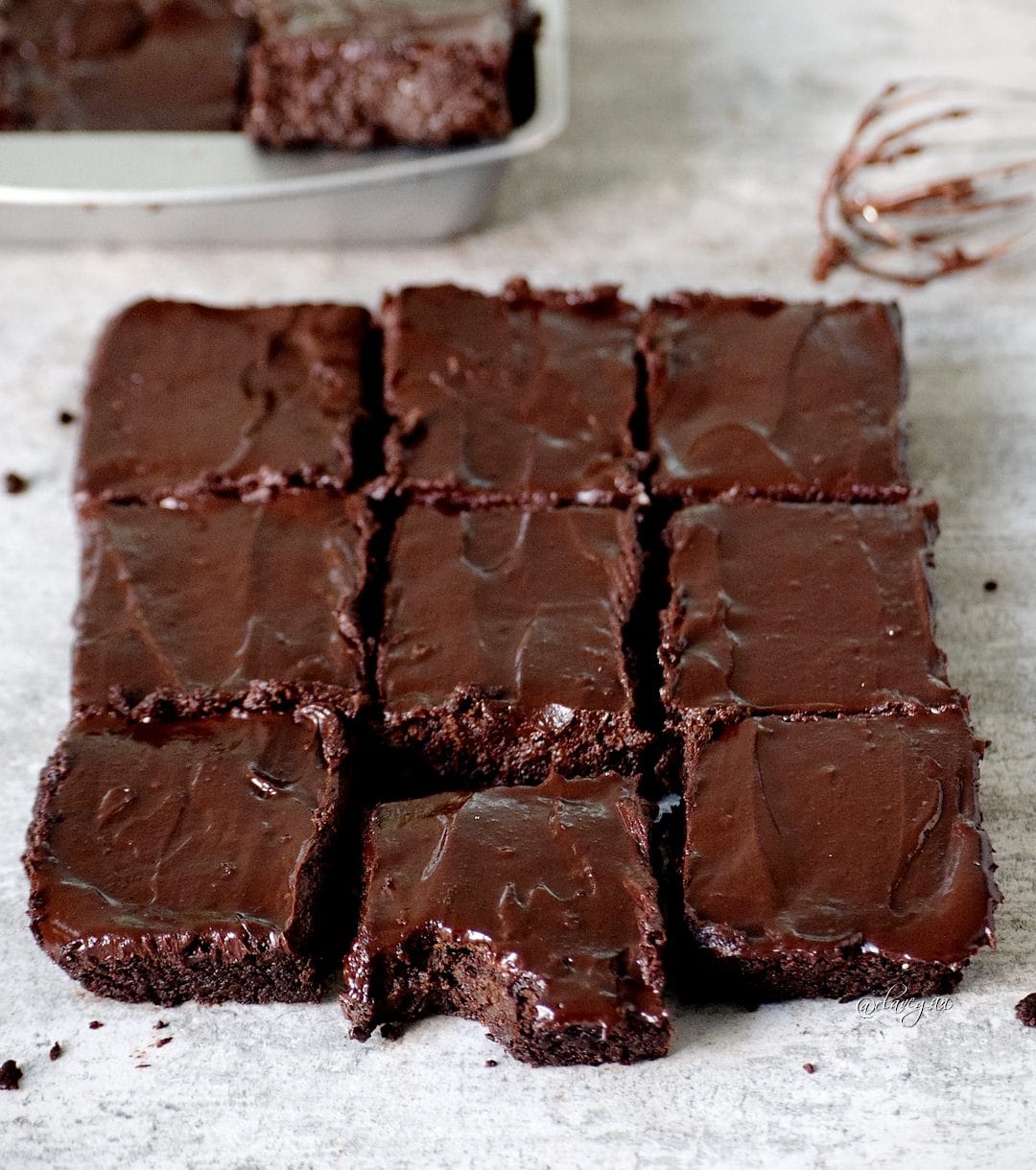 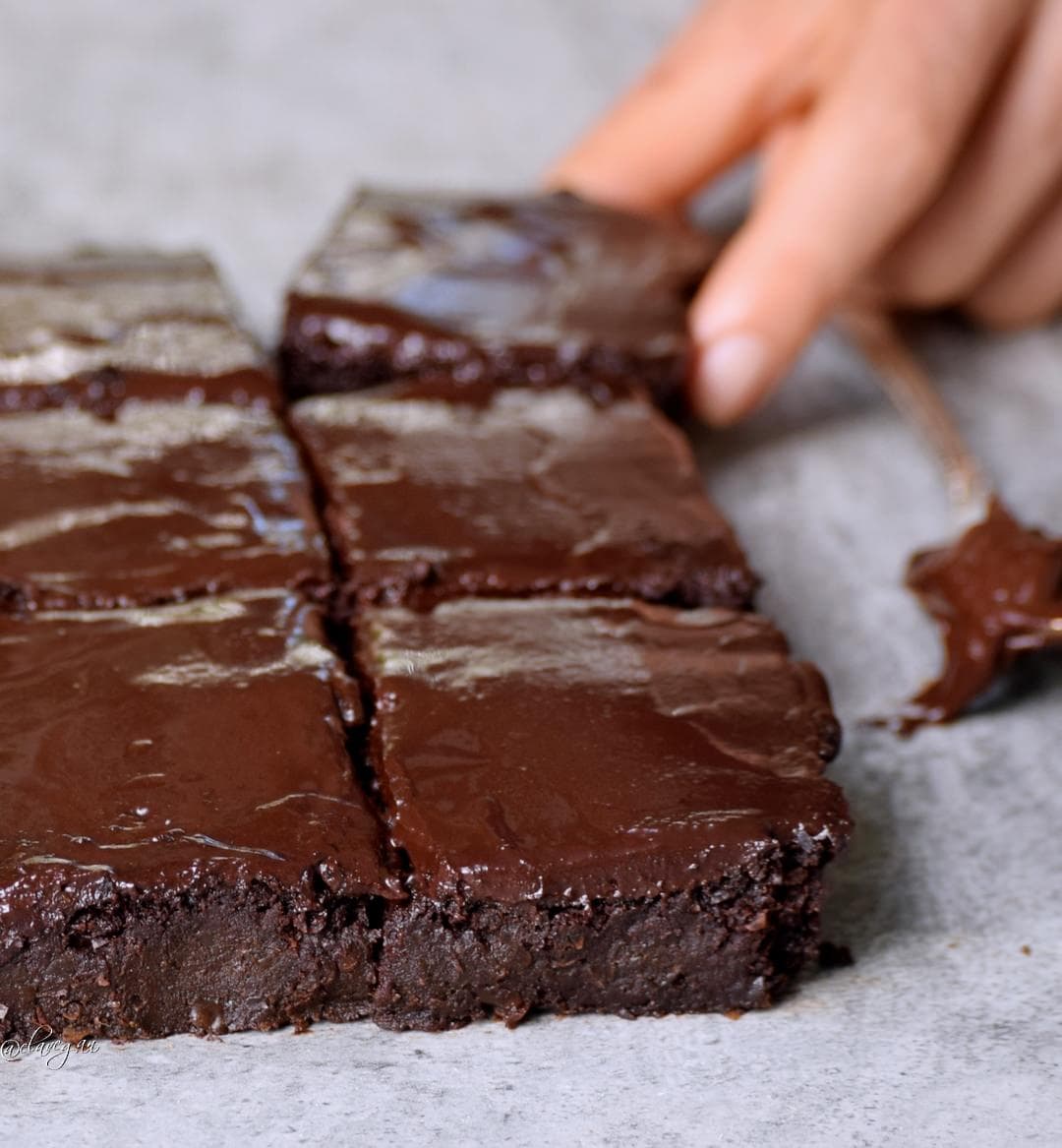 If you end up giving these healthy brownies a try, please leave a comment below, and don’t forget to tag me in your Instagram or Facebook post with @elavegan and #elavegan – I love seeing those remakes!

If you love chocolate, you should definitely also try out these delicious vegan chocolate cake and brownie recipes: 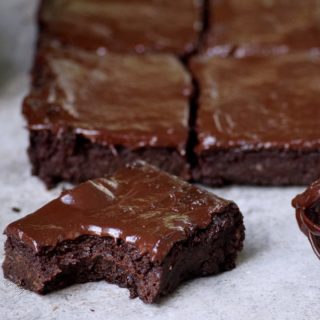