These vegan cheesecake brownies are so moist, chocolatey and fudgy. They are the perfect treat if you love chocolate and cheesecake! The recipe is plant-based (egg-free, dairy-free), gluten-free, yummy, and easy to make!

“Vegans eat only grass…” Well, I wouldn’t say that these vegan cheesecake brownies look like grass lol. Actually, I am not even sure if I should post these foodporn pics here. I mean, some people might think that I’m not vegan anymore…

Or do these brownies look like a vegan dessert to you? Anyway, I can assure you that they are vegan AND gluten-free. So, yeah, let’s have a deeper look at them.

After posting the recipes for my Sweet Potato Brownies my Best Vegan Brownies, and my Healthy No-Bake Brownies I decided to make these vegan cheesecake brownies. After all, I am just a girl who loves chocolate and cheesecake, so I thought “I am gonna combine both”.

And I think it was a pretty good idea. They are fudgy, gooey, chocolatey, and delicious. 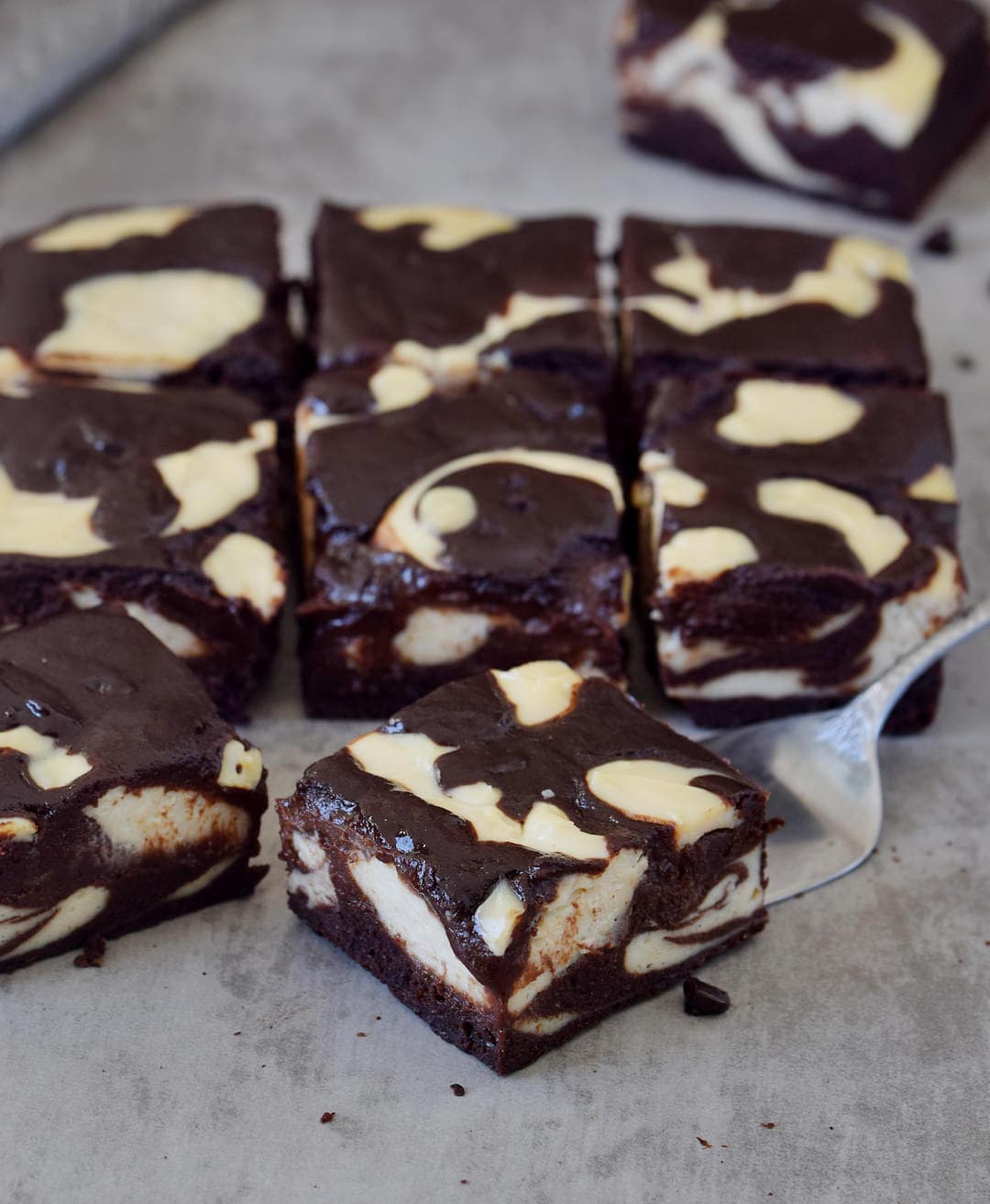 I’ve made many different brownie recipes before (e.g. with black beans) and most of them were a success. However, only the best recipes made it to my blog. For example, my Best Vegan Brownies which contain peas. I also made brownies with eggplant but they were rather a fail, haha.

This time I thought I will leave out the legumes and other “exotic ingredients” and see if the brownies can still be fudgy and moist. And yes, they do.

For the cheesecake layer, I’ve used silken tofu and a few other ingredients. I cannot buy vegan cream cheese where I live, however, after checking out the ingredient list of some vegan cream cheese brands online, I am pretty sure you can use that instead. Just leave out the coconut oil and the result should be the same! 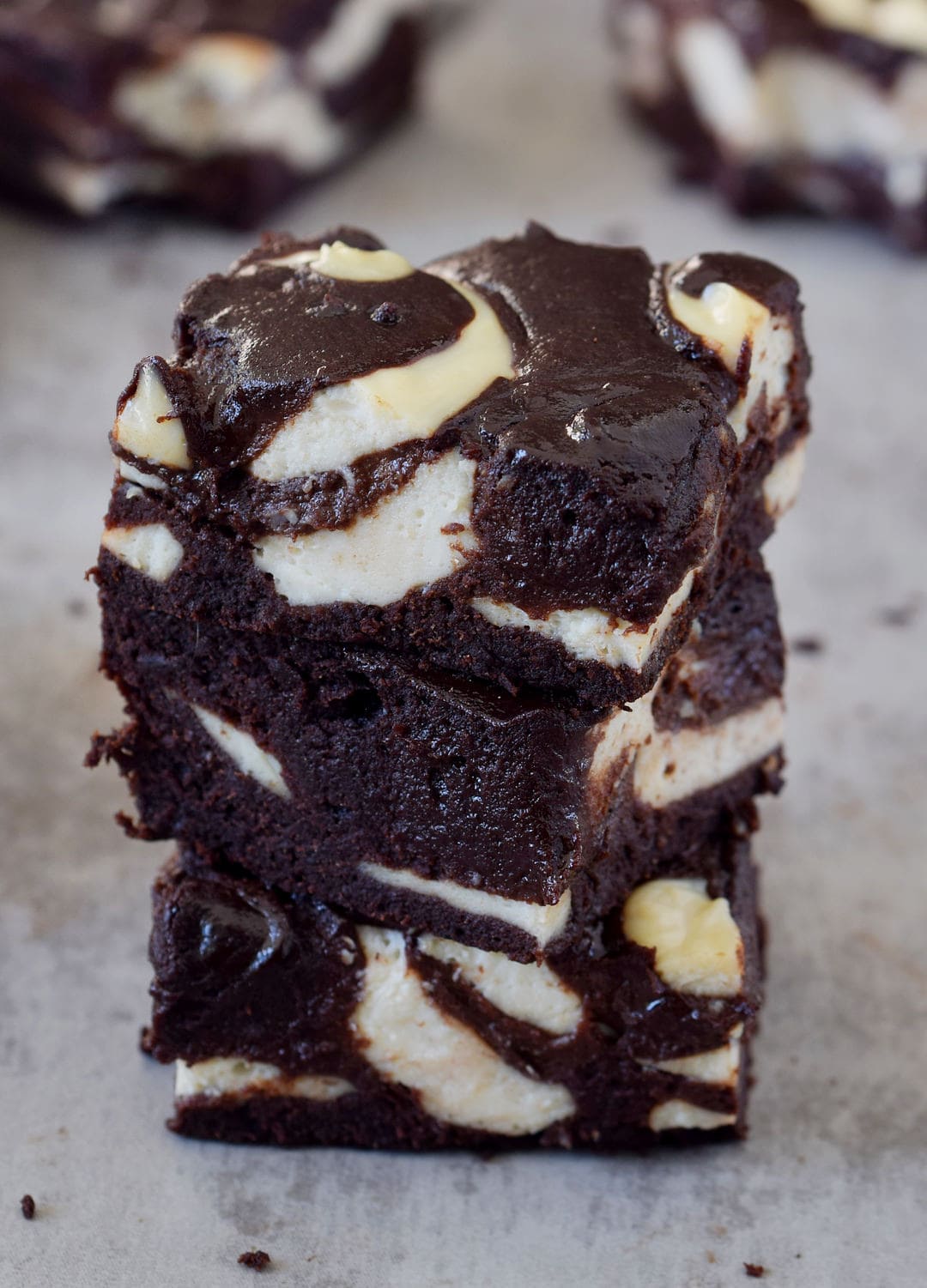 These Vegan Cheesecake Brownies Are:

I didn’t add a chocolate glaze this time because the cheesecake brownies turned out moist and fudgy. But if you want to add even more chocolate, simply check out my other brownie recipes (which I linked above) where I share the recipe for a chocolate glaze.

These vegan cheesecake brownies are really easy to make and leftovers can be stored in the fridge and enjoyed for breakfast. They taste even better on day 2 or 3 (if you have so much self-control lol).

Elavegan.com is a participant in the Amazon Services LLC Associates Program, an affiliate advertising program designed to provide a means for sites to earn fees by linking to Amazon.com and affiliated sites