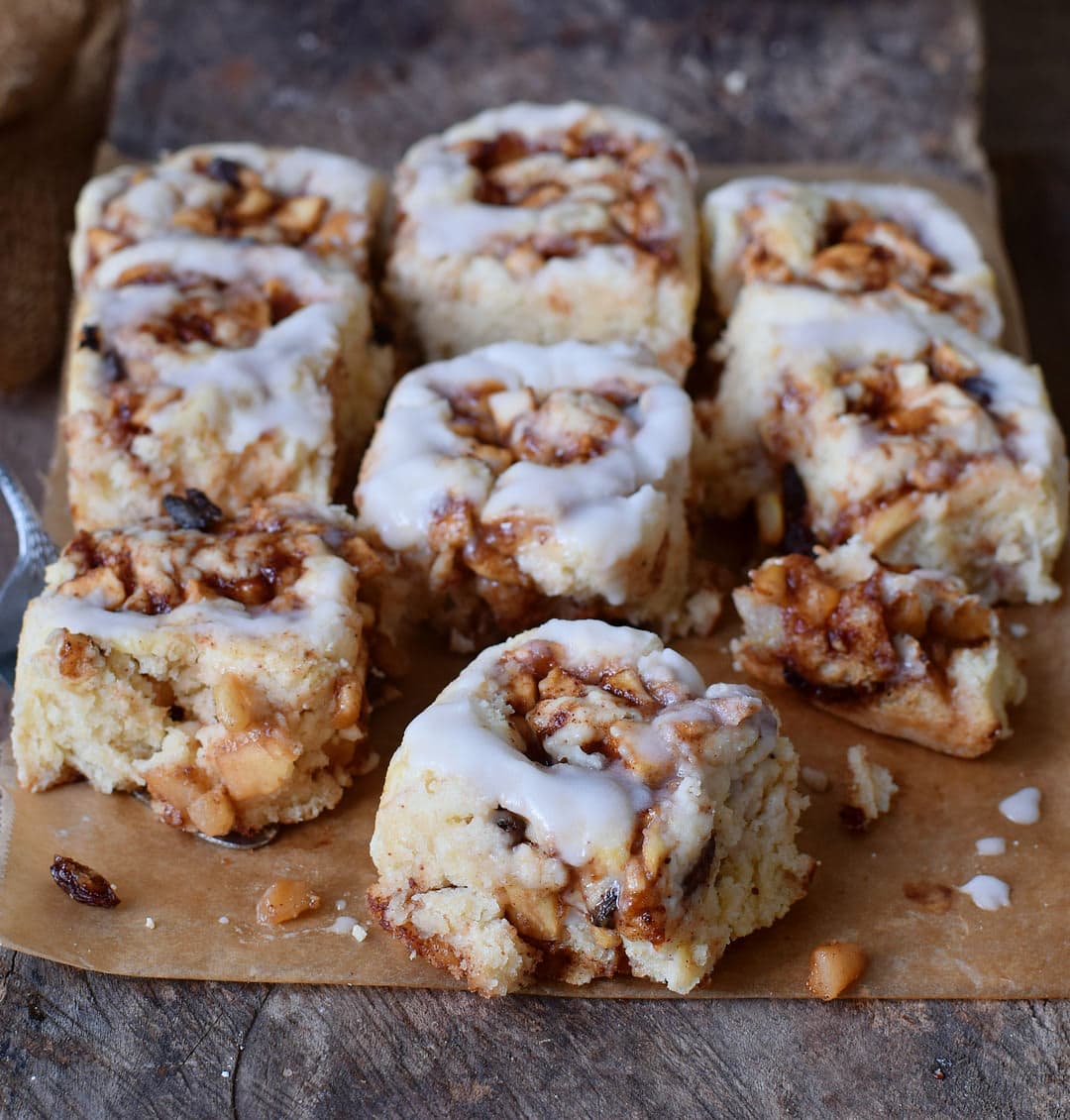 Yes, you read that right. I made it. Finally. After countless failed attempts of making vegan AND gluten-free cinnamon rolls, this recipe turned out pretty great. I thought it was impossible to get the recipe right because let’s be honest, it’s damn hard to make vegan + gluten-free cinnamon rolls but I am super happy how these came out. So let’s get the party started with these delicious Apple Cinnamon Rolls. 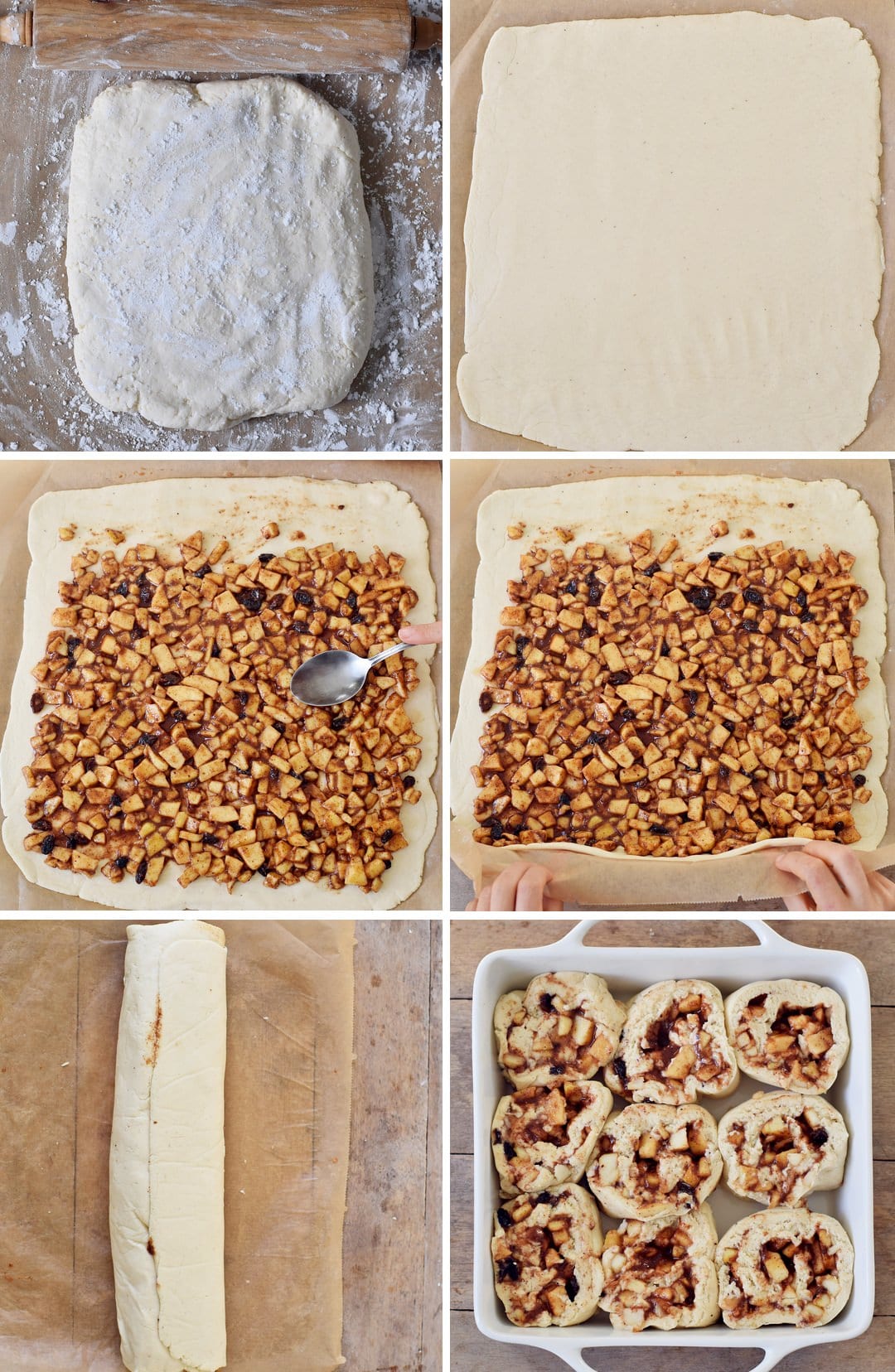 As mentioned before it’s difficult to make a yeast-based dough fluffy and soft without eggs and without gluten. But it is possible. Are these gluten-free cinnamon rolls perfect?! I am not sure, I would need to make at least 100 more attempts to find out if I can improve the recipe. I tried so many different versions, with different gluten-free flour ratios, and this version is by far the best one so far. 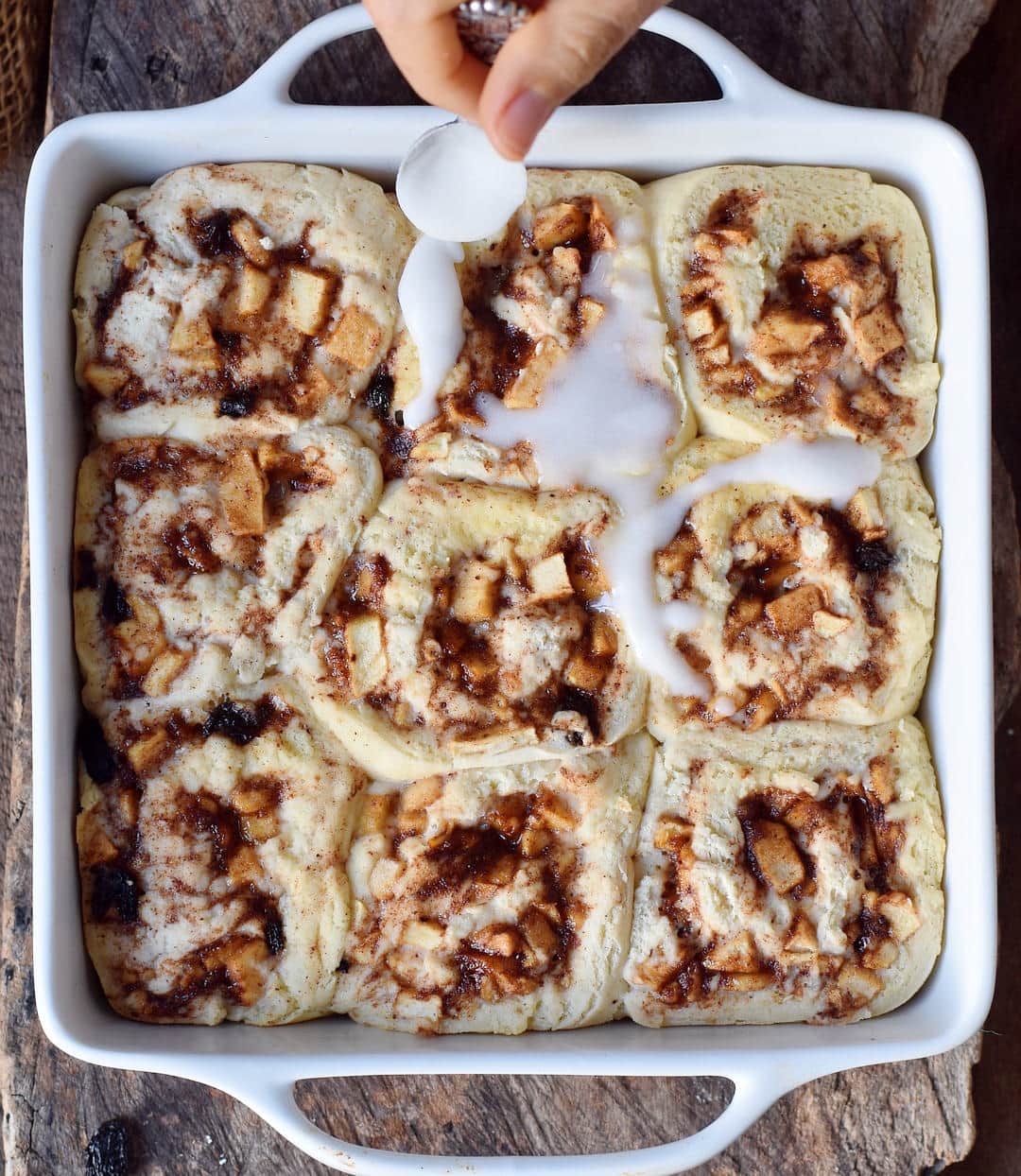 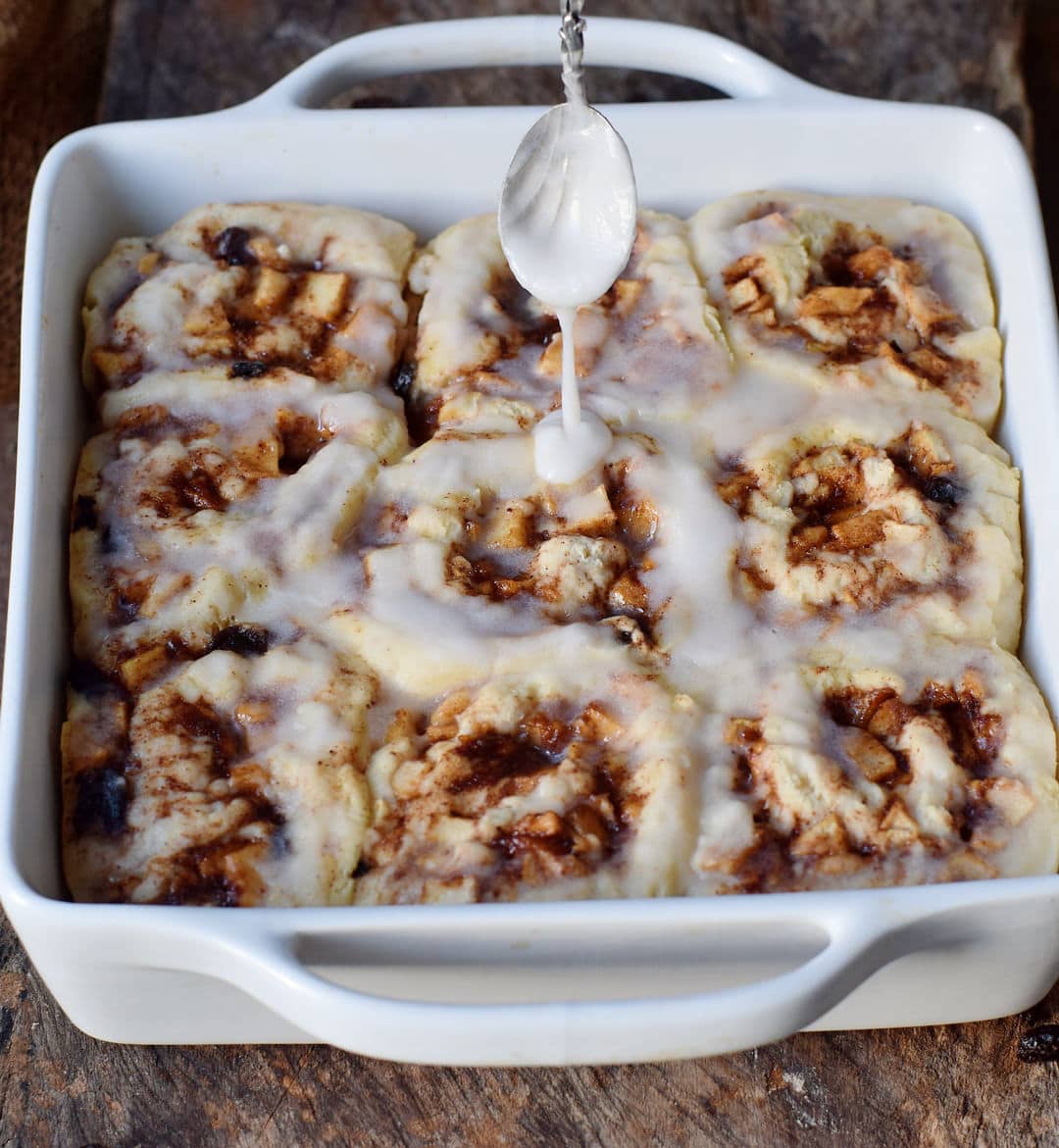 A gluten-free dough that will rise

Most gluten-free yeast recipes do not rise very much. But this one will. It won’t double in size like a regular wheat-based dough (which contains gluten) but it will rise considerably. The hardest part was to get the cinnamon buns soft and not hard as rock. And I love how soft these apple cinnamon rolls turned out. They taste best when they are still warm. However, please keep in mind that they won’t stay soft after you put them in the fridge. They will dry out a bit and you will need to reheat them in the oven the next day to make them soft again. This is normal since the recipe doesn’t contain eggs and the dough is furthermore gluten-free. 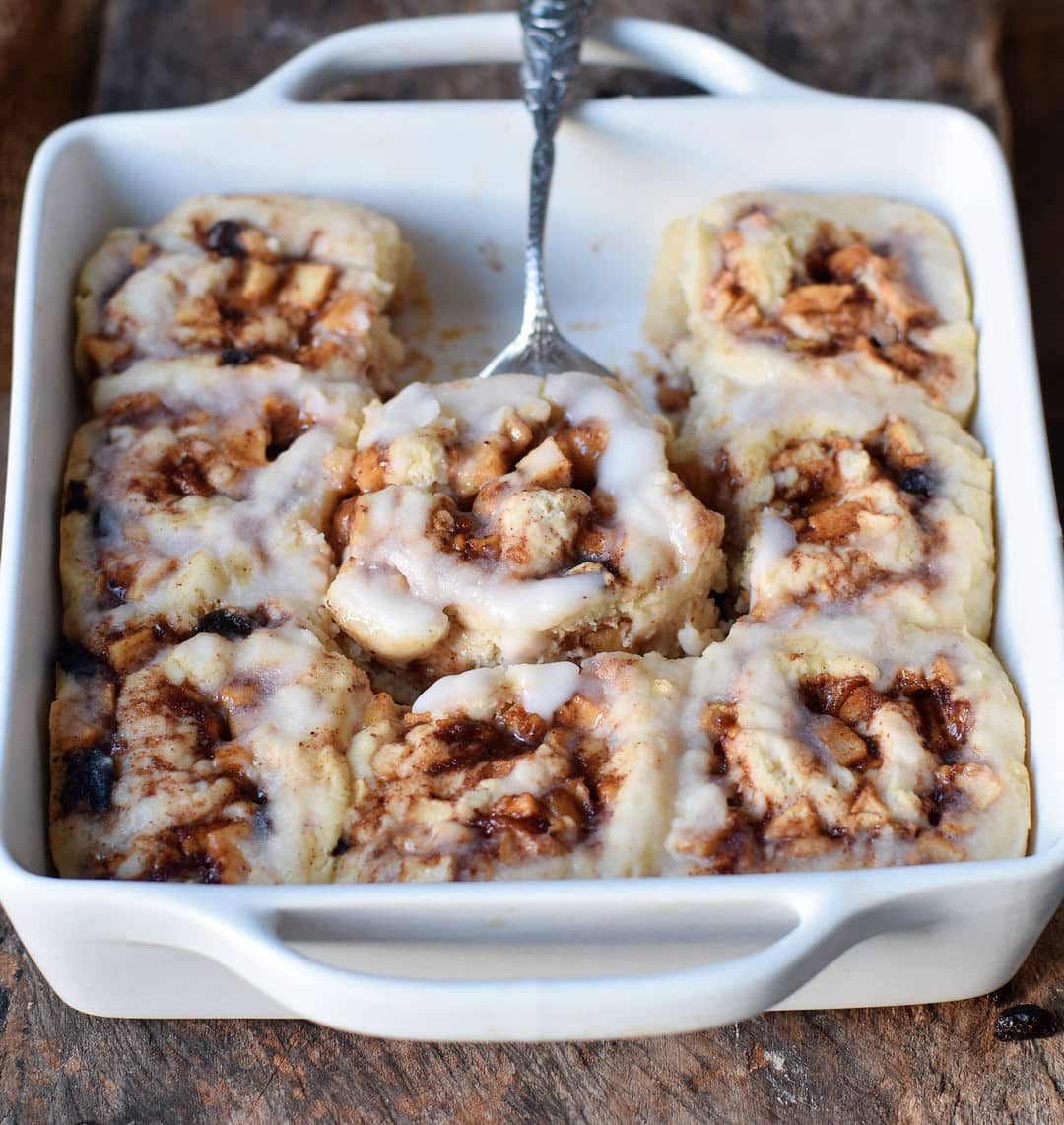 Since this recipe is gluten-free I thought it would be amazing to make an “apple cinnamon raisin filling”. Gluten-free doughs tend to dry out fast but the apples make the cinnamon rolls so much softer and enjoyable! And who doesn’t love apples? Just think about apple pie or apple filled crepes. I just love the apple + raisin + cinnamon combo, it’s simply delicious! 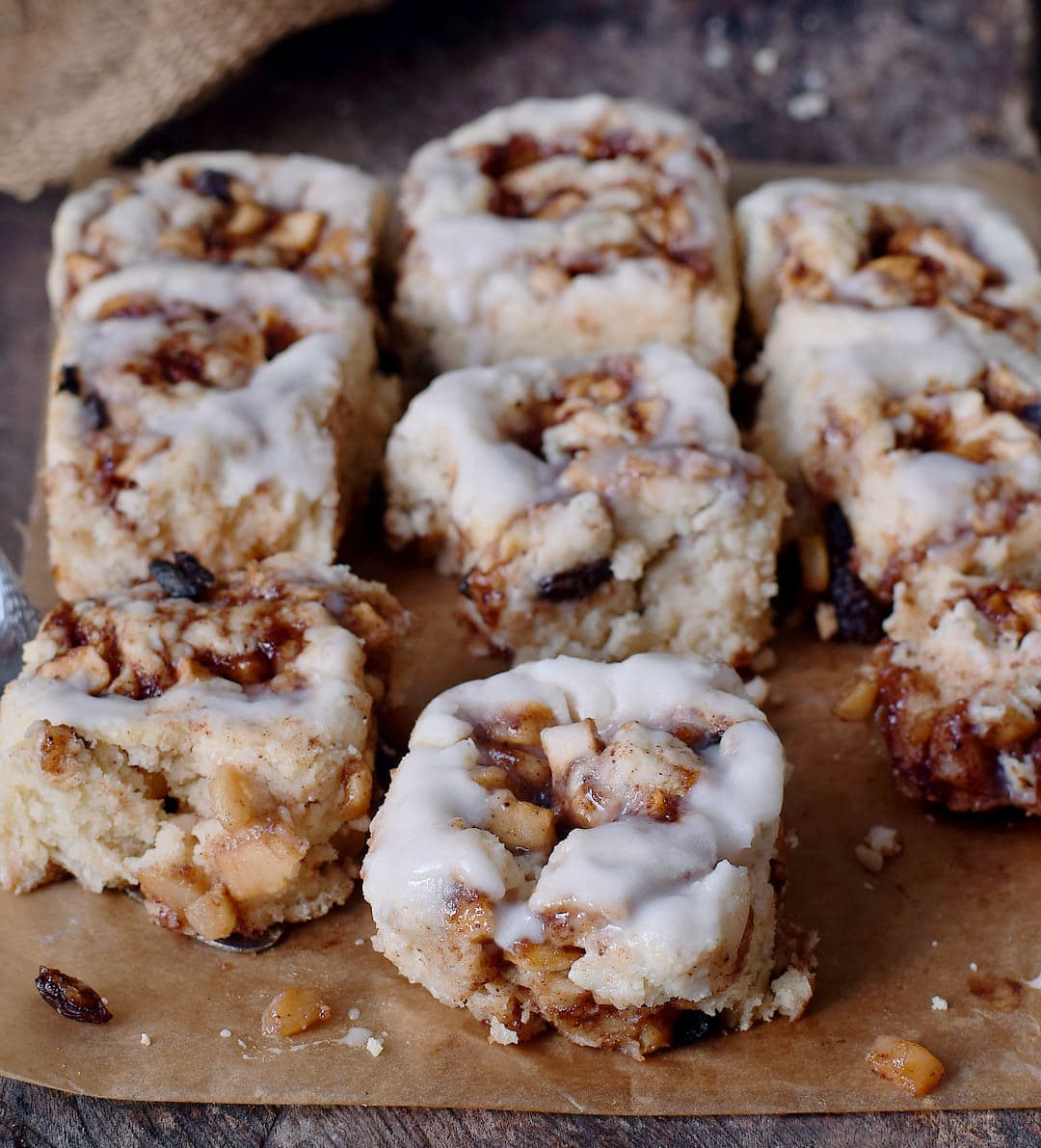 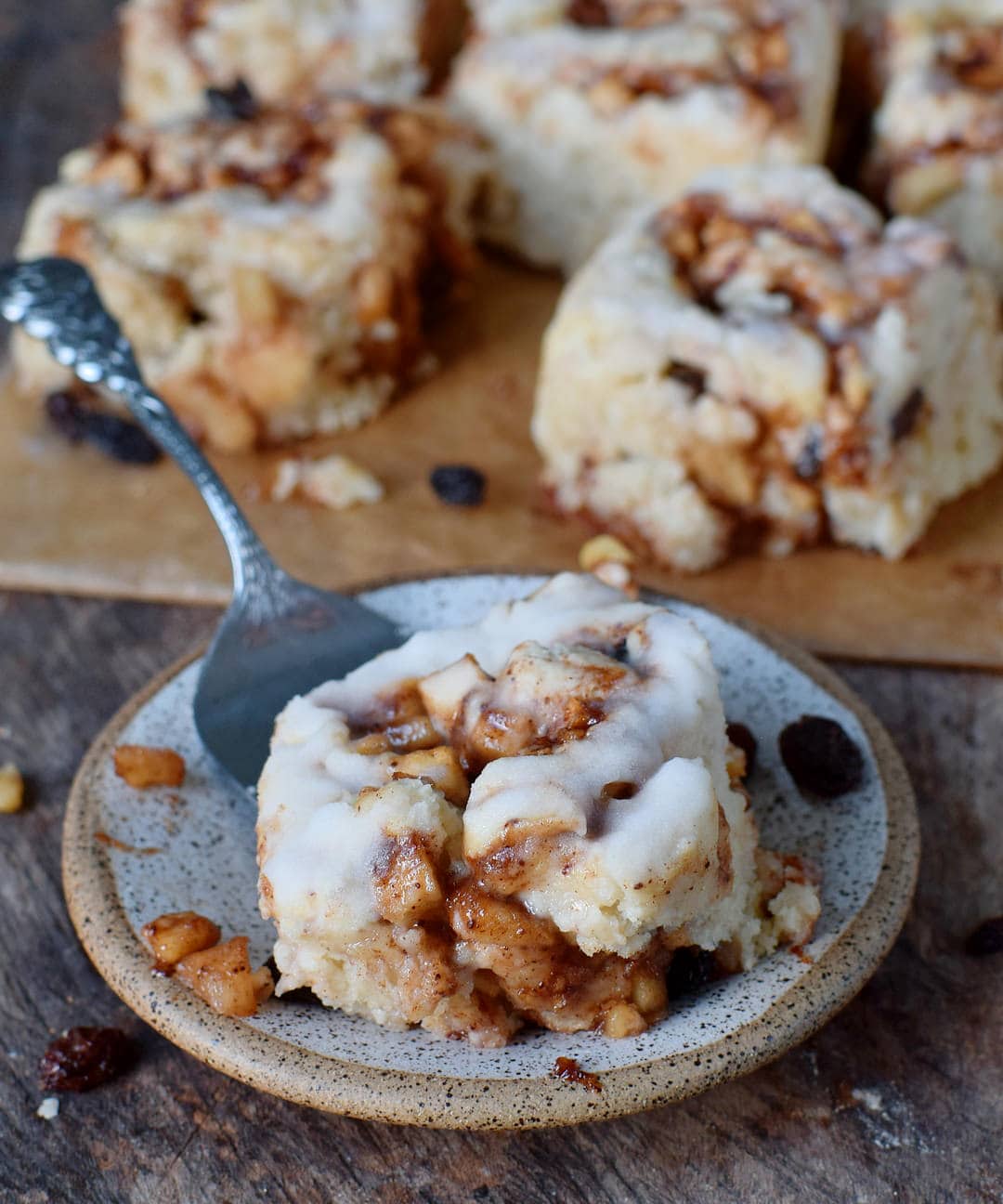 These apple cinnamon rolls are: 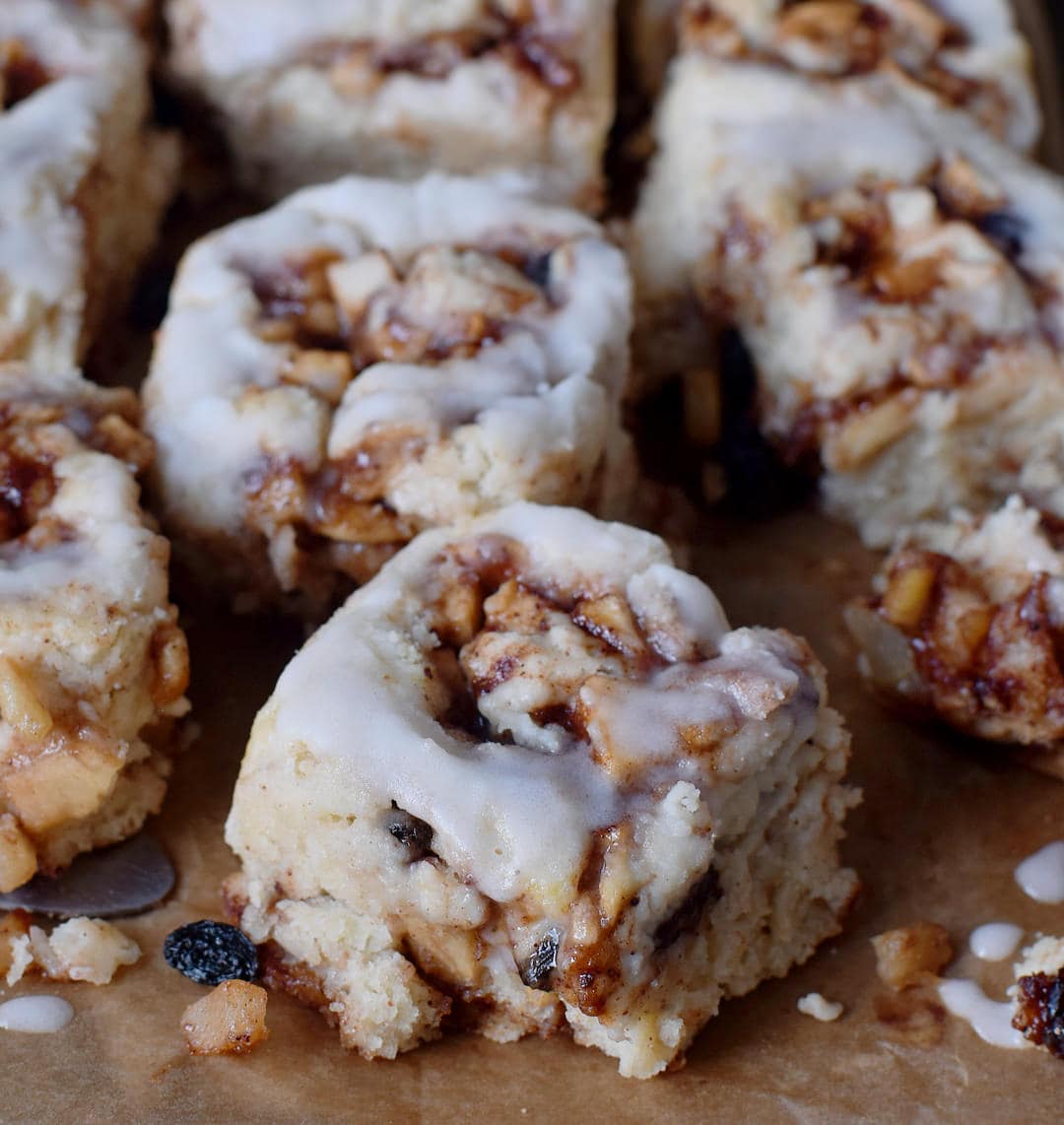 Should you recreate these gluten-free apple cinnamon rolls, please leave a comment below and don’t forget to tag me in your Instagram or Facebook post with @elavegan and #elavegan because I love to see your remakes. 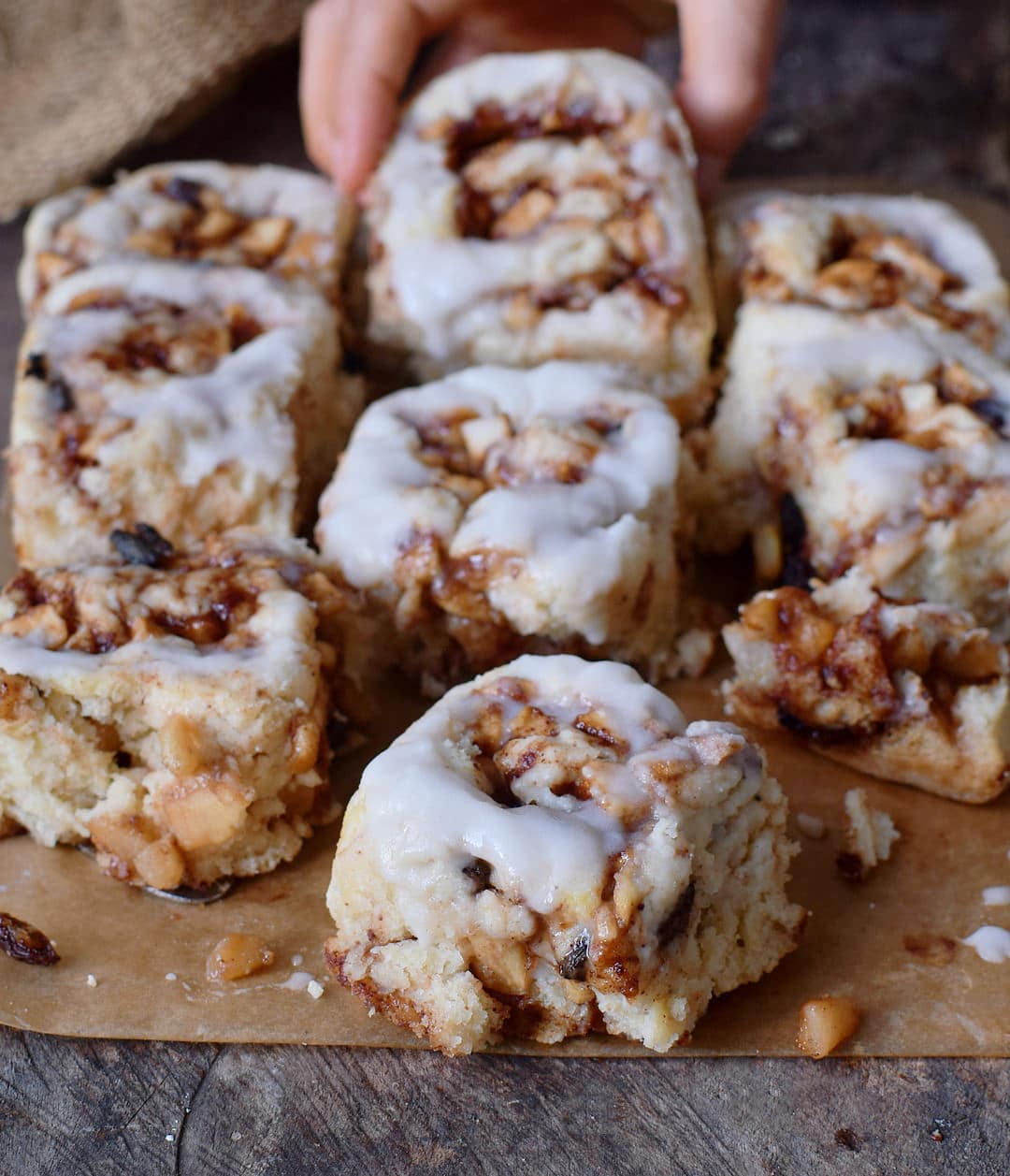 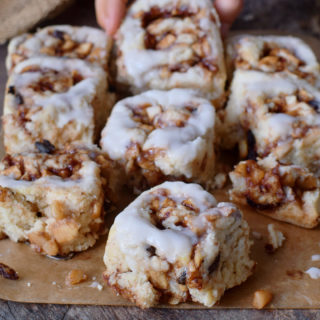 Simple and Delicious Vegan Cookbook by ElaVeganCLICK HERE to pre-order!